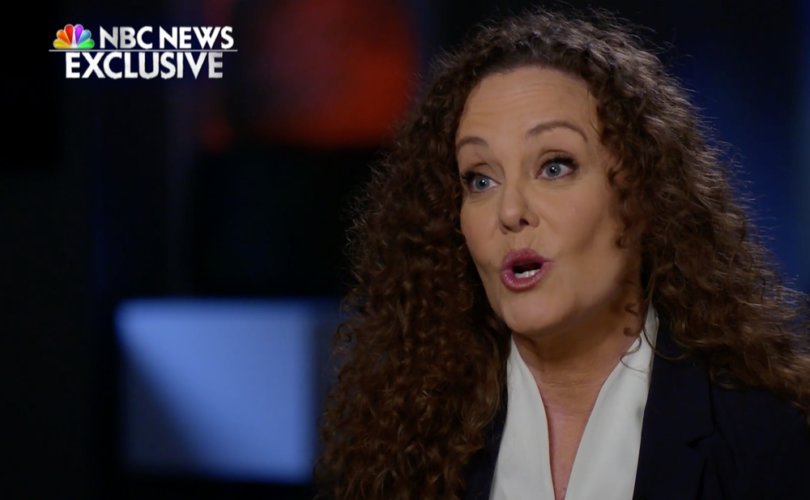 Swetnick is one of the women who came forward in September to accuse Judge Brett Kavanaugh, now a Supreme Court Justice, of sexual assault. She claimed to have witnessed a high-school-aged Kavanaugh drinking “excessively” and “grinding” against girls without their consent at parties in which “gang rape” was common.

“When a well-meaning citizen comes forward with information relevant to the committee’s work, I take it seriously. It takes courage to come forward, especially with allegations of sexual misconduct or personal trauma,” Grassley said Thursday. “But in the heat of partisan moments, some do try to knowingly mislead the committee. That’s unfair to my colleagues, the nominees and others providing information who are seeking the truth. It stifles our ability to work on legitimate lines of inquiry.”

“I don’t take lightly making a referral of this nature, but ignoring this behavior will just invite more of it in the future,” he added.

Swetnick’s claims were immediately met with skepticism when she first aired them in September. “We never hung out with anyone from Gaithersburg High School, there was never any drug use at our parties, and the fact that she is coming out and saying that is such an insult to Brett and to all of us,” said Meghan McCaleb, a high-school friend of Kavanaugh.

NBC News aired an interview with Swetnick in which the network admitted it was unable to verify any of her claims, and in which she changed multiple details from her original written statement. She has also been at the center of multiple past lawsuits, including sexual harassment claims against former co-workers, falsely claiming to have graduated from Johns Hopkins University, and falsely claiming unemployment and disability payments.

Specifically, the criminal referral cites inconsistencies between Swetnick’s sworn statement (submitted under penalty of perjury) and the NBC interview, contradictory statements Avenatti made in interviews, their lack of “credible evidence that Ms. Swetnick ever even met or socialized with Judge Kavanaugh,” and Swetnick’s false claims in her previous lawsuits.

Avenatti responded to the news by accusing Grassley of hypocrisy and claiming to welcome an investigation of his client’s claims: ​

It is ironic that Senator Grassley now is interested in investigations. He didn’t care when it came to putting a man on the SCOTUS for life. We welcome the investigation as now we can finally get to the bottom of Judge Kavanaugh’s lies and conduct. Let the truth be known.

Maybe if Grassley was actually a lawyer that knew something about the law, he would realize what he has done. He just opened up Pandora’s box as it relates to Justice Kavanaugh’s conduct. It is Christmas in October!

Memo to Sen. Grassley, who never went to law school: The investigation that you are demanding will require a full inquiry into my client’s allegations (what we have been requesting all along)! You have now placed Kavanaugh’s conduct at issue. Next time, think before you act.

Despite many liberals distancing themselves from Swetnick in the confirmation battle’s aftermath, several prominent Democrats – including Sens. Dianne Feinstein, Kirsten Gillibrand, and Mazie Hirono – said her claims were “credible.” And some groups refuse to drop them even now.

The pro-abortion groups bitterly opposed Kavanaugh out of fear he might vote to overturn Roe v. Wade, thereby allowing states to vote directly on banning abortion.