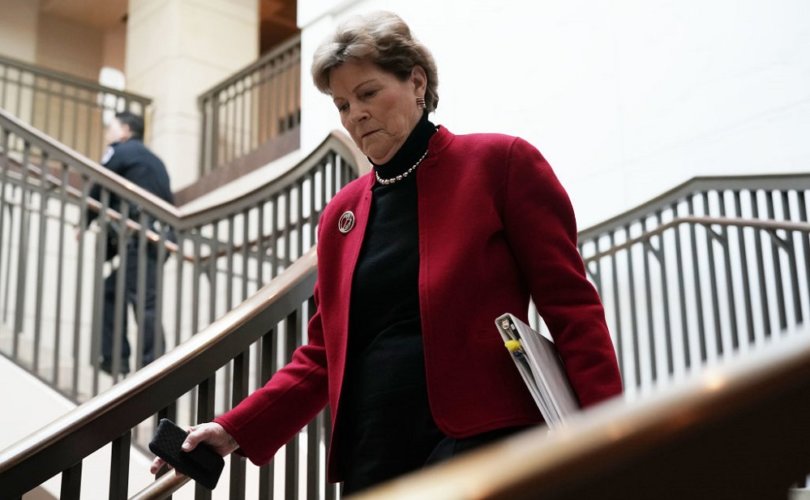 WASHINGTON, D.C., December 20, 2019 (C-Fam) — When U.S. Congressional leaders agreed to a spending bill package to fund the government and avert a government shutdown over Christmas, they scuttled proposals from Senator Jeanne Shaheen (D-NH) that would have undermined U.S. pro-life foreign policy.

As the Senate considered the twelve annual spending bills, Republican leadership had to pull the State and Foreign Operations bill from consideration over pro-life concerns due to an amendment offered by Senator Shaheen. Having passed out of the appropriations subcommittee in late October the Shaheen amendment drew fire from pro-life organizations, conservative Republicans and ultimately the White House.

“Because of the strong steps taken by the Trump Administration to protect life, religious freedom, and family values, funding bills for this fiscal year were subject to numerous attempts to block these productive Administrative measures and roll back long-standing prolife protections, despite the budget agreement prohibiting such actions,” pro-life Senator James Lankford told the Friday Fax by email.

The thwarted amendment would also have elevated into law an Obama-era regulation prohibiting discrimination on the basis of sexual orientation and gender identity and pregnancy status. That provision would have made it difficult for pro-life and pro-family groups to partner with the U.S. Agency for International Development.

“I am pleased the funding package protects existing prolife riders,” Senator Lankford told the Friday Fax, “and did not carry any new riders that would have increased funding for domestic organizations that promote and perform abortions overseas or burdened the participation of faith-based organizations.” Lankford, a member of the appropriations committee, said that “while we were successful in maintaining the status quo this year, we need to continue to prepare for the days ahead, where these attacks will only multiply.”

The Democrat-controlled House of Representatives passed a version of the foreign operations spending bill that also attacked current pro-life provisions. That bill called for permanent repeal of the Mexico City Policy by amending the Foreign Assistance Act. It undermined pro-life riders by making it more difficult for the Trump Administration to withhold funding to multilateral organizations found in violation of U.S. law that prohibits the promotion of abortion. However, the spending package that passed in the House and Senate this week maintains all longstanding pro-life riders and safeguards President Trump's pro-life foreign policy.

Senator Shaheen denied that her amendment was a “poison pill,” a breach of a collegial agreement among lawmakers made in August over the Budget Bill not to insert divisive issues. She took to the Senate floor and to Twitter to say that pro-life concerns about her amendments were based on misinformation.

“The misinformation that is being spread about the bipartisan international family planning language is dangerous and misleading and there is too much at stake to not set the record straight,” Shaheen tweeted. “These programs ensure that women around the world have access to reproductive care.”

The Senate pro-life caucus disagreed, outlining in a letter to President Trump all items that would constitute a partisan amendment after the Budget Bill Agreement was made. Looming large in the background, and likely impacting a decision by party leadership to find agreement, was President Trump's pledge earlier this year to veto any bill that would undermine his pro-life policies.