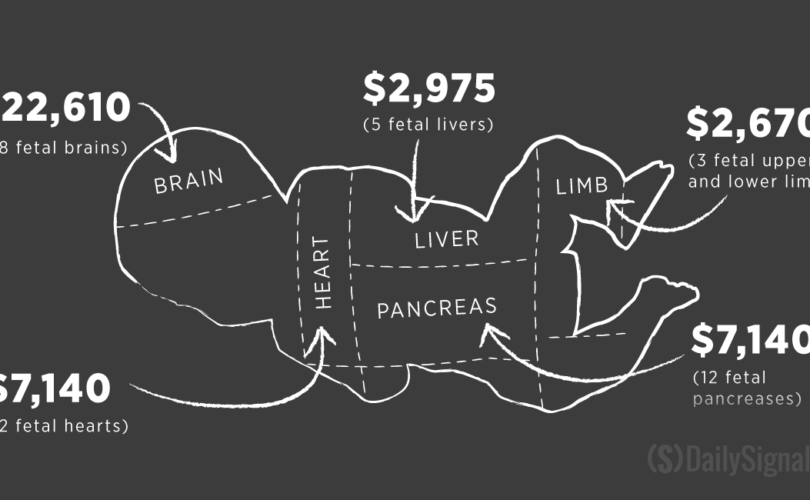 WASHINGTON, D.C., December 13, 2016 (LifeSiteNews) – Senate Judiciary Committee Chairman Sen. Chuck Grassley, R-IA, announced today he is referring several Planned Parenthood affiliates and companies involved in fetal tissue transfers, as well as the Planned Parenthood Federation of America, to the FBI and the Department of Justice for investigation and possible prosecution. The recommendation is one of the fruits of a massive report on human fetal tissue research the Senate Judiciary Committee just released.

“I don’t take lightly making a criminal referral,” said Grassley. “But, the seeming disregard for the law by these entities has been fueled by decades of utter failure by the Justice Department to enforce it. And, unless there is a renewed commitment by everyone involved against commercializing the trade in aborted fetal body parts for profit, then the problem is likely to continue.”

The Senate Judiciary Committee analyzed more than 20,000 pages of documents voluntarily provided by organizations related to the fetal tissue industry. A press release from Grassley's office noted, “While the impetus for the investigation was the release of a series of videos regarding transfers of fetal tissue by the Center for Medical Progress, the committee’s analysis and findings are based strictly on the documents obtained independently from tissue procurement companies and Planned Parenthood.”

According to the Chairman's office, the following abuses have taken place in the abortion industry:

“With no executive branch oversight and no meaningful risk of prosecution, the companies involved in transferring fetal tissue have been free to receive substantial payments with impunity, relying on an expansive interpretation of the exception to the ban on selling fetal tissue,” the report explained. “Contrary to the intent of the law, companies have charged thousands of dollars for specimens removed from a single aborted fetus; they have claimed the fees they charged only recovered acceptable costs when they had not, in fact, conducted any analysis of their costs when setting the fees; and their post hoc accounting rationalizations invoked indirect and tenuously-related costs in an attempt to justify their fees.”