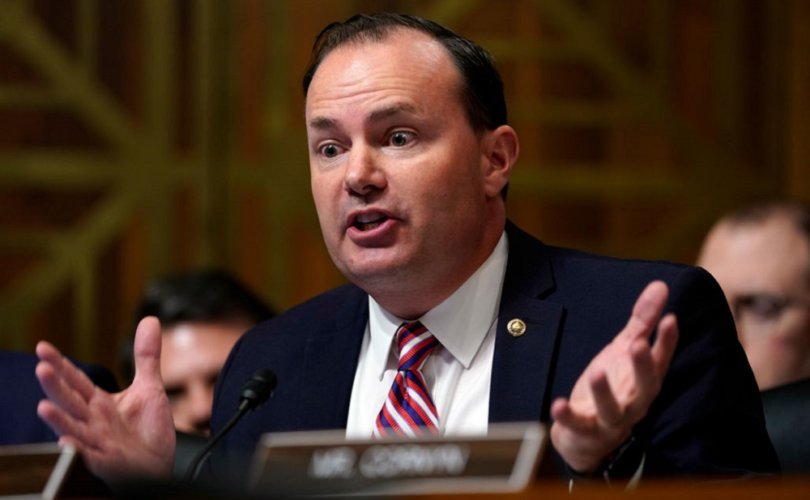 WASHINGTON, D.C., June 18, 2020 (LifeSiteNews) — A move by Senate Democrats to pass the so-called “Equality Act” was blocked by a trio of Republicans today.

Democrats had sought “unanimous consent” for the measure following the U.S. Supreme Court’s decision — popularly referred to as the “Bostock case” — earlier this week that discovered additional rights for LGBT individuals while threatening to further erode religious liberty protections across the land.

The 6-3 ruling concluded that “sex discrimination” in Title VII of the 1964 Civil Rights Act should be interpreted to mean sexual orientation and gender identity in addition to its original biological meaning.

Senate Democrats hoped the Supreme Court’s ruling would provide enough momentum to force approval of the measure, which has been collecting dust in the upper chamber after passage in the Democrat-dominated House of Representatives over a year ago.

“Neither the Bostock decision nor the Equality Act takes care to ensure that religious employers will be treated fairly,” noted Sen. Mike Lee (R-Utah).

“We need to be mindful of the need of a religious employer to maintain its doctrine and teachings, not only in the hiring of its ministers,” said Lee, but also for the sake of  “others who look to that religious institution’s teachings, in the way they live their lives, in their beliefs, and in their willingness to teach those things to others.”

“This legislation doesn’t do that,” Lee declared.

Lee also said the Equality Act does not take into account the impact it might have on girls’ and women’s restrooms and locker rooms, athletics, and safe housing for those who have been victims of domestic or sexual abuse.

“This law, like the Bostock decision, doesn’t operate with a lot of precision,” said Lee.  Instead, “it takes a meat cleaver to the issue, without taking into account exceptions for religious entities and distinctions between sexual orientation and gender identity.”

Missouri senator Josh Hawley reminded his colleagues that it wasn’t so long ago that both houses of Congress, in nearly unanimous votes, passed the Religious Freedom Restoration Act (RFRA), which was sponsored in the House of Representatives by then-rep. Chuck Schumer and in the Senate by Edward Kennedy. It was signed into law by Democrat then-president Bill Clinton.

At the time, Clinton referred to religious liberty as “our first freedom” and later said RFRA was one of his proudest accomplishments as president.

Hawley said the Equality Act “guts” key provisions of RFRA. It “comes on the heels of a Supreme Court decision just two days ago that rewrites entire statutes in American law, and in its 33 pages has nearly nothing to say about religious liberty or religious believers in this country.”

“I only ask that the rights of well-meaning, sincere religious believers not be steamrolled, overlooked, and be shifted to the side as a part of this process,” said Hawley.

The bill would use coercion to force taxpayers to pay for abortions and force doctors, nurses, and faith-based hospitals to commit abortions, superseding protections formerly enacted by many states. It would also force many religious adoption agencies out of business, noted Hawley.

“This is not the way to find consensus in America,” he added.

“The Equality Act has a great title. Who can oppose ‘equality’?” asked Senator James Lankford (R-Okla.). “No one.”

“We don’t oppose equality. What we do oppose is when through legislation you take the rights of one [group] and dismiss the rights of others, and say, ‘Your rights don’t count,’” said Lankford.

The Equality Act would change things dramatically, he asserted, allowing “any biological male to step into female sports on the high school, college, and pro-athlete level,” grossly disadvantaging female athletes, whose rights will be denied.

“That’s not protecting the rights of all Americans,” said Lankford.

“The Equality Act says ‘you no longer have the right to disagree,’” he added.

Lankford concluded by quoting J.K. Rowling, famous author of the Harry Potter series of books: “All I’m asking, all I want, is for similar empathy, similar understanding to be extended to the many millions of women whose sole crime is wanting their concerns to be heard without receiving threats or abuse.”

“Come on. Let’s work together,” implored the Oklahoma senator. “We don’t want anyone to be discriminated against. Anyone.”

“We can do this in a way that accommodates everyone,” he said. “We can work towards agreement.”

Lankford objected to “unanimous consent,” so the “Equality Act” was set aside for now.