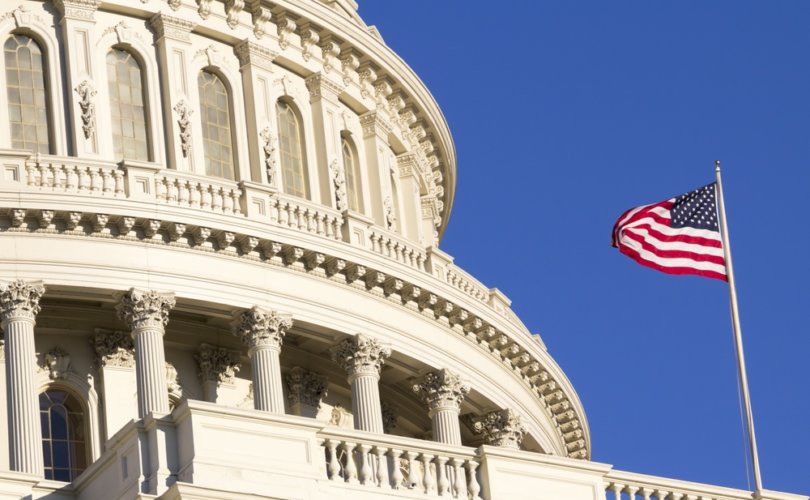 WASHINGTON, D.C. (LifeSiteNews) — The U.S. Senate tied Wednesday evening on a vote to formally disapprove of the Biden administration’s decision to restore the abortion industry’s access to Title X family planning funds, allowing the policy to stand for the time being.

This week, Sen. Marco Rubio of Florida and other Republicans forced a vote on a joint resolution of disapproval under the Congressional Review Act (CRA) declaring that “Congress disapproves the rule […] and such rule shall have no force or effect.” The CRA empowers Congress to invalidate certain federal regulations if a disapproval resolution is passed by Congress and either signed by the president or gets enough votes to override a presidential veto.

That did not happen in this case. The 49-49 vote saw moderate Democrat Joe Manchin cross the aisle to support the measure, and pro-abortion Republicans Susan Collins and Lisa Murkowski joined Democrats in voting against it (two additional Democrats, Chris Murphy and Ron Wyden, were absent).

The administration’s repeal of the Protect Life Rule is just one part of President Joe Biden’s comprehensive promotion of abortion-on-demand.

During his first week in office, the president repealed the Mexico City Policy, which bars foreign aid from going to organizations involved with abortion; two months later, he created a White House Gender Policy Council that identified among its goals the promotion of abortion at home and abroad. Earlier this year, HHS launched a Reproductive Healthcare Access Task Force tasked with identifying and eliminating pro-life policies that remain in existing federal programs, advancing new pro-abortion policies and guidances, and supporting efforts to normalize abortion by mitigating its stigmatization.

Biden also supports Democrat legislation to not only codify a “right” to abortion in federal law but expand it to forbid states from subjecting abortion to ultrasound requirements, mandatory waiting periods, informed-consent requirements, and other health and safety regulations, such as admitting privileges; as well as protect so-called “webcam” abortions (i.e., dispensing abortion pills without an in-person doctor’s visit), forbid banning abortions on the basis of a baby’s race, sex, or disability, and forbid banning particular techniques such as dilation and evacuation (D&E) procedures, better known as “dismemberment” abortions because they entail literally ripping unborn babies apart in the womb, then removing them from the uterus limb by limb.