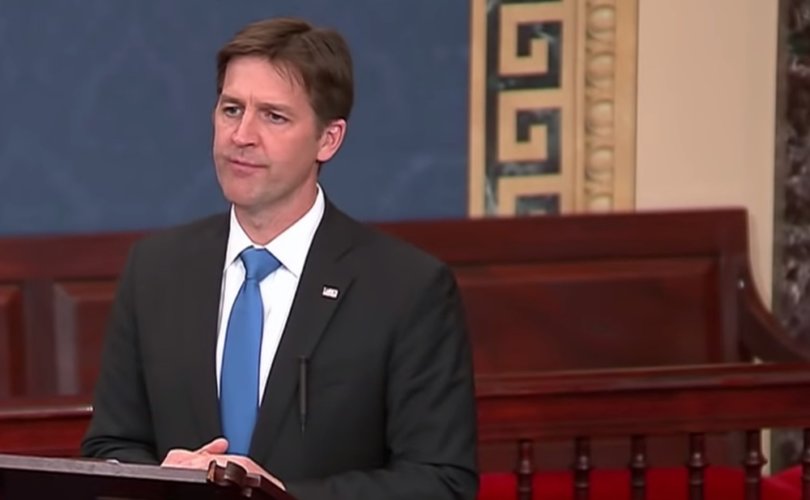 Under current law, the Born-Alive Infants Protection Act, babies who survive abortions are recognized as “human beings,” “persons,” “individuals,” and “children” with all the rights those terms entail, but specific treatment for them isn’t mandated. The Born-Alive Abortion Survivors Protection Act would supplement it by specifically requiring abortionists to get such babies to hospitals.

The bill was introduced in 2015 and brought back in the current Congress in response to an interview in which Virginia Democrat Gov. Ralph Northam defended the prospect of letting a disabled or “non-viable” infant die after a failed abortion attempt, for which he later said he had no regrets.

Democrats have blocked six attempts in the House and Senate to pass the bill by unanimous consent, under which a bill automatically passes if no senator objects. Nebraska Republican Sen. Ben Sasse, who introduced the Senate version, announced Thursday that it has been scheduled for a roll-call vote on Monday, February 25. This will put every senator’s position on infanticide on the record.

“I want to thank the Majority Leader for scheduling this vote so that every American can know where their Senator stands on the issue of infanticide,” Sasse said. “A lot of Senators spend a lot of time telling people how they fight for the little guy. Well, here’s the chance for them to prove it.”

“It’s cowardly for a politician to say they’ll fight for the little guy but only if the little guy isn’t an actual seven-pound baby who’s fighting for life,” he continued. “It shouldn’t be hard to protect newborn babies – let’s pass this legislation.”

As for the Democrat-controlled House, GOP Rep. Ann Wagner and House Minority Whip Steve Scalise plan to file a discharge petition to force a vote, under which it will receive a vote regardless of leaders’ opposition if it gets the signatures of least 218 House members, a simple majority. In the meantime, House Minority Leader Kevin McCarthy said Republicans will continue to press Democrats for unanimous consent.

On Wednesday, the Susan B. Anthony List released the results of a poll it commissioned from McLaughlin & Associates. They found that 77 percent of Americans support the protections of the Republican bill, and 62 percent oppose late-term abortions.

The born-alive bill is unlikely to pass the House, a recurring issue as pro-lifers consider how to advance the pro-life cause over the next two years. When the House voted on the Born-Alive Abortion Survivors Protection Act in 2015, only five Democrats supported it; last March the Weekly Standard’s John McCormack reported that the number of pro-life House Democrats was down to three.