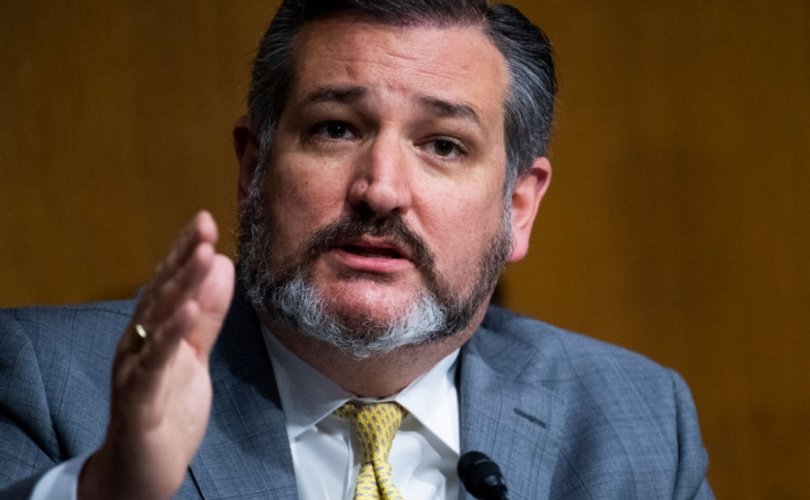 WASHINGTON, D.C., September 14, 2020 (LifeSiteNews) — A number of politicians, most of them Republicans, have come out in recent days condemning the new Netflix movie Cuties, which has been widely characterized as “child pornography.”

“Although the First Amendment provides vigorous protection for artistic expression, it does not allow individuals or for-profit corporations to produce or distribute child pornography,” Cruz explained.

In an interview on Sunday, Cruz said, “Well, this movie Cuties, it sexualizes 11-year-old girls, has them dancing like strippers, has them in very suggestive sexual roles, and it’s frankly disgusting. Kids ought to be preserved, and we should protect them.”

“I guarantee you every pedophile in America is going to watch this movie,” Cruz continued, “and that Netflix is sitting back fat and happy making money on it — that’s not right.”

Senator Josh Hawley (R-Mo.) summarized in a letter to the streaming service, “Now Netflix is airing a film called Cuties depicting children being coached to engage in simulated sexual acts, for cameras both onscreen and off. Your decision to do so raises major questions of child safety and exploitation, including the possibility of copycat behavior and exploitation of child actors.”

Hawley asked the company to answer several questions, including about the fact that Netflix rated the movie “TV-MA” for “language” but not for “its graphic sexual content.” The rating “TV-MA” indicates that “these programs are intended to be viewed by mature, adult audiences and may be unsuitable for children under 17.”

The senator also asked about Netflix taking steps to work with experts on sexual exploitation, as well as law enforcement authorities regarding possible copycat behavior. Hawley inquired whether the company had made sure that “the physical, mental, and emotional health of child actors made to perform simulated sex acts and filmed in sexual or sexually suggestive ways” was protected.

Other questions focused on the marketing of the movie, which seemed to emphasize its sexual content.

Senator Mike Lee, R-Utah, wrote a separate letter to Netflix. “While I have concerns with the movie’s young actresses’ influence on other young girls, my larger concern is with the possibility that the inappropriate scenes might encourage the sexual exploitation of young girls by adults,” Lee pointed out.

“I understand this film contains a broader storyline; however, the film’s sexualization of young girls — if not itself the sexual exploitation of the child actors — will certainly contribute to child sexual exploitation by others. At a minimum, it is certainly inappropriate and morally wrong to sexualize minors, regardless of whether the depiction is fictional.”

Lee called on Netflix “to cease distributing this movie” and threatened legal action. “My staff is reviewing the film and the pertinent law to determine whether to refer presentation of this film to the United States Attorney General for investigation.”

Senator Tom Cotton from Arkansas, in a statement provided to The Daily Caller, said, “There’s no excuse for the sexualization of children, and Netflix’s decision to promote the film ‘Cuties’ is disgusting at best and a serious crime at worst.”

Like Cruz, Cotton urged “the Department of Justice to take action against Netflix for their role in pushing explicit depictions of children into American homes.”

The only prominent Democrat to speak out against the movie is Congresswoman Tulsi Gabbard. In many ways an outsider in her own party, Gabbard tried to win the Democrat nomination for president in 2019 and 2020.

Gabbard also encouraged parents to monitor what their children consume online, especially on social media. Like others, the congresswoman from Hawaii has canceled her Netflix subscription.

Plugged In, a publication of pro-family organization Focus on the Family, reviewed Cuties and pointed out the ubiquitous sexual content.

“It’s clear that the Cuties have learned their sexualized moves from watching older girls and women dance both in real life and, mostly, on social media,” Plugged In wrote. “The Cuties show Amy a video of teenage girls dancing in crop tops and short shorts, where one girl’s bare breast is momentarily exposed. That girl goes to their high school, which obviously means she’s being depicted as a teen.”

“The more that Amy posts sexualized pictures on social media, the more she receives likes and affirmation and wants to post more. This goes to an extreme level when Amy uses the phone to take a picture of her genitals and posts them on social media. We don’t see the picture, but we do see her pull down her pants and underwear to take the pic. Amy does this in a moment of desperation to try to gain more attention and more likes for her group.”