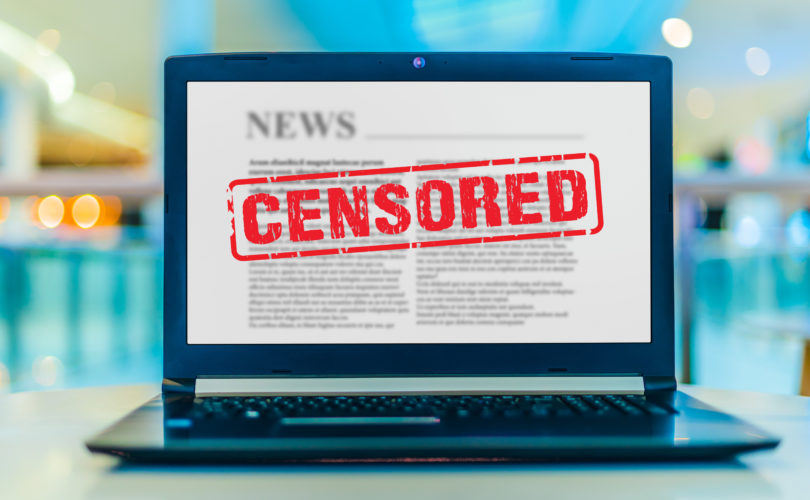 June 25, 2021 (LifeSiteNews) – A Canadian senator took aim at how a new internet censorship bill was pushed through Canada’s House of Commons in “kangaroo-court” style earlier this week, vowing she will fight its passage in the senate chambers.

“I will do everything I can to make sure this bill isn’t rammed through. Standing up to Bill C-10 is standing up against censorship and standing up for free speech. If we don’t say NO now, it will be too late,” tweeted Senator Pamela Wallin on June 22.

“The government has had six years to pass legislation it wants. It is not our job in the Senate to rubber stamp and give up our constitutional responsibilities just because they want fodder for an election —  especially if it means killing free speech.”

Bill C-10 is now before Canada’s Senate, where it has already gone through first reading. Extra calendar days were added to the senate’s schedule to allow debate on it next week.

Wallin blasted how the bill was passed with “no scrutiny, no oversight.”

“We haven’t even seen the secret amendments they passed. ‘Kangaroo court’ would be an understatement,” wrote Wallin on Twitter.

Minister of Canadian Heritage Steven Guilbeault introduced Bill C-10 last year. It aims to regulate certain online media services through the creation of a new class of broadcaster called “online undertakings.” This would be done through amendments to Canada’s Broadcasting Act.

The controversial bill will be debated next week in the senate, with a committee review coming in the fall.

Wallin did offer some “good news,” however, that should Prime Minister Justin Trudeau call an election this fall as anticipated, the bill will “die.”

“They will need to try again and perhaps with all the public outcry they will understand that Canadians believe in free speech and vehemently oppose any attempts at censorship,” tweeted Wallin.

Wallin served as a journalist and broadcast anchor for years with Canada’s state-run CBC.

The passing of Bill C-10 came only a few days before Justice Minister David Lametti snuck in anti-“hate speech” Bill C-36, which, if passed, would allow a tribunal to judge those who are found to be in violation of the new law simply by someone complaining to be a target of “online” hate.