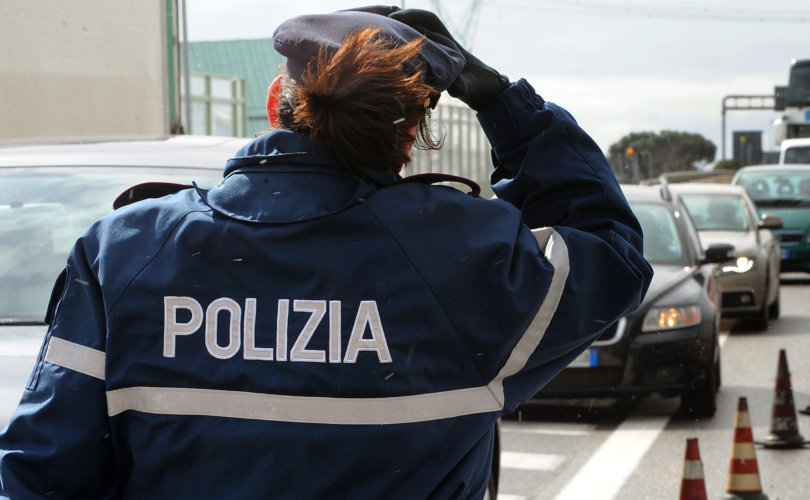 ROME, Italy, (LifeSiteNews) —A senior Italian policewoman is facing disciplinary proceedings for speaking at a rally in Rome against the COVID-19 “green pass” on Saturday and calling the pass “illegitimate.”

As police were attempting to suppress anti-pass marches in Rome, Milan, and other Italian cities on Saturday, one of their own most senior officers, Nunzia Alessandra Schiliró, Rome’s deputy commissioner, took to the stage and addressed the crowd gathered on San Giovanni Square to denounce the introduction of the green pass, which she sees as “illegitimate” and “unconstitutional.”

Her intervention is sparking much controversy in Italy, where COVID passports are to be introduced starting October 15.

The deputy commissioner gave a ten-minute-long speech in which she also addressed her colleagues in law enforcement: “I am here today to remind all of those working in law enforcement that we have sworn on the Constitution, and that the constitution still applies today!” she said.

“And for those who tell me that, those working in law enforcement are supposed to enforce the law, I would reply that yes, that is absolutely right,” continued Schiliró. “Unfortunately the Italian green pass is absolutely illegitimate[.]”

Following her participation in Saturday’s demonstration and rally, Schiliró received countless messages of support on her Facebook page. But soon after, she learned, from the press rather than from her own administration, that the Italian Department of Public Safety had launched a disciplinary procedure against her for her intervention on Saturday. Schiliró reacted by posting a comment on her Facebook page saying that she only exercised her “rights” as “a citizen.”

Below is a translation of the comment she left on Facebook after she learned of the disciplinary measure pending against her:

It’s nice to learn from the newspapers, rather than from your own administration, that you’re already under disciplinary proceedings. I am very peaceful (…) Yesterday I was just a free citizen exercising her rights. If the administration doesn’t appreciate my loyalty to the Constitution and the Italian people, I’m sorry, I’ll continue [to defend these things] anyway. I chose my profession because I believe that there is nothing more noble than ensuring the safety of every citizen, so that everyone is free to express their true self. If this is denied to me, then my job is no longer meaningful. I will always continue on this course, with or without my uniform, for the love of my country.

Reactions from the Italian political arena were mixed on Sunday following Schiliró’s statement. The Italian Minister of the Interior Luciana Lamorgese described her intervention as “very serious” and said she would “follow up personally with Commissioner Lamberto Giannini, to assess her responsibility as quickly as possible.”

The spokesperson of the National Association of Police Forces in Italy Girolamo Lacquaniti explained that, in order to be coherent, Schiliró “should stop putting on her uniform to serve a country that she apparently no longer believes in.” Lacquaniti also complained that Schiliró addressed the same people who were allegedly attacking on-duty police officers during the demonstration.

The former Italian Prime Minister, Matteo Salvini, on the other hand, showed himself supportive of Schiliró and denounced the hypocrisy of those asking for a COVID passport while giving illegal immigrants a free pass.

“I would like the Minister of Interior to be equally diligent when it comes to the arrival of thousands of illegal immigrants or to have been equally diligent in mid-August when a six day long rave party of drug, rape and alcohol took place. It’s too easy to blame a policewoman” said Salvini, who also pointed out that Schiliró only expressed her private opinion as a citizen and was not wearing the uniform when she addressed the crowd on Saturday.