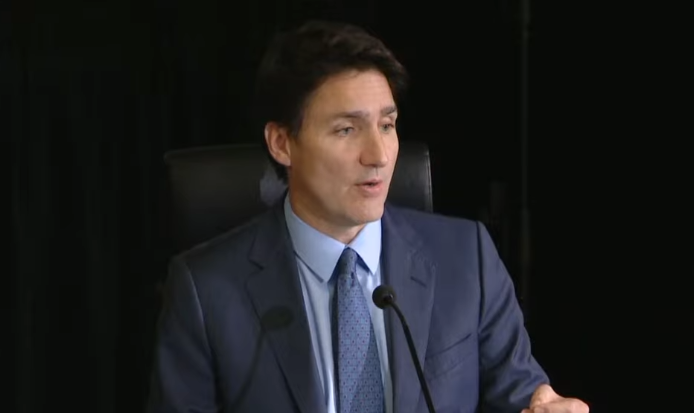 OTTAWA (LifeSiteNews) — While testifying today before the Public Order Emergency Commission, Canadian Prime Minister Justin Trudeau admitted that the Freedom Convoy protesters were not violent but said he is “confident” in his decision to use the Emergencies Act (EA) to clear them out.

“There was no loss of life. There was no serious violence. There hasn’t been a recurrence of these kinds of illegal occupations since then. I am absolutely serene and confident that I made the right choice in agreeing with the invocation,” Trudeau testified to the commission on Friday.

During his testimony, Trudeau justified his actions saying it is the “responsibility of a prime minister is to make the tough calls and keep people safe,” and that the invocation of the never-before-used EA on February 14 to put an end to the non-violent protest against his government’s so-called COVID measures was able to “solve” the situation.

The commission is being overseen by Liberal-friendly Justice Paul Rouleau, and is currently conducting its final day of hearings as part of its task to determine whether the Trudeau government was justified in using the EA to crush the Freedom Convoy.

During the testimony this morning, Trudeau said that his office had noted to him that due to the trucker vaccine mandates, the government could expect protesters who would be using “strong language.”

He noted, however, that his office thought the protest could become a “different brand of events,” adding that the demands for the removal of COVID jab mandates were “non-starters.”

During the protest but before he enacted the EA, Trudeau said those opposing his measures were of a “small, fringe minority” who hold “unacceptable views,” and do not “represent the views of Canadians who have been there for each other.”

It was also recently shown that Trudeau wanted to use the EA to stop the Freedom Convoy days before he invoked the extreme measure, which ultimately allowed his government to have the  bank accounts of the movement’s supporters frozen without a court order.

Next week, the Public Order Emergency Commission will begin a pubic policy phase to recommend potential amendments to existing legislation related to the Freedom Convoy, a process that includes round-tables of “experts.”