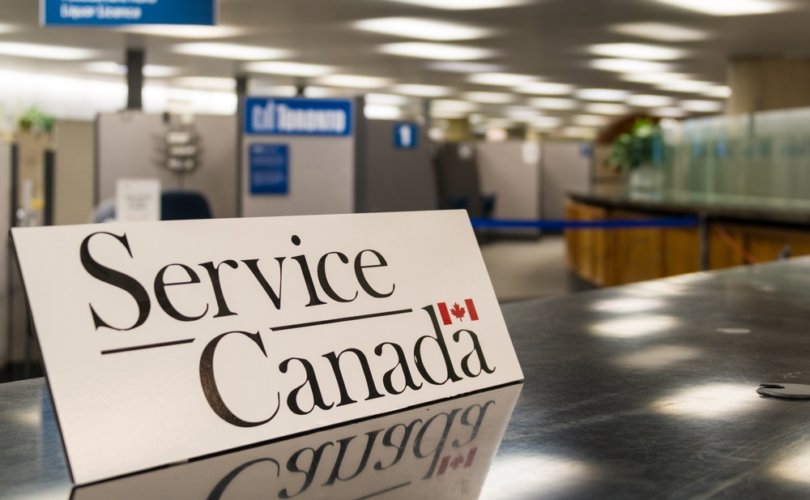 OTTAWA, March 21, 2018 (LifeSiteNews) – Canadian Government employees tasked with connecting citizens to government services can no longer refer to those citizens as “sir,” “madam,” or any other gender-specific term while doing so, according to a new report.

Service Canada’s front-line staff must “use gender-neutral language or gender-inclusive language” to avoid “portraying a perceived bias toward a particular sex or gender,” out of respect for the country’s “diverse” population. CBC News reports that its French-language arm Radio Canada has obtained documents detailing the new guidelines.

The forbidden terms include “mother,” “father,” “sir,” “madam,” “Mr.,” “Mrs.,” and “Miss.” Instead, workers are directed to call people “parents,” use their full names, and ask them how they wish to be addressed. They are further warned that an In-Person Quality Monitoring Program will watch them for compliance with the new rules.

The documents also reveal that “father” and “mother” have been removed from the Social Insurance Number application form.

In response to the controversy caused by the guidelines, Social Development Minister Jean-Yves Duclos stressed that people can still be called “Mr.” or “Mrs.” if they so choose; the guidelines are merely for “confirming how people want to be addressed” first. But one insider says that’s still not sitting well with private citizens on these calls.

CBC spoke with an anonymous agency official who said these rules have already taken effect, and are backfiring. People express confusion with how they are now addressed, with some actually feeling more insulted.

“People of a certain age expect us to be polite,” the official explained. “It bothers them when we call them by their first and last name.”

“It happens that we talk to people and we ask, 'What is the name of parent number one? People do not understand,” the official added.

This is only the latest in a string of policies elevating subjective “gender identity” above biological sex.

Last month, the Canadian Senate voted to replace the word “sons” with “us” in the country’s national anthem, to make “O Canada” gender-neutral. In August, the government began allowing Canadians to mark their gender down as “X” on passports, a move Campaign Life Coalition senior political strategist Jack Fonseca decried as part of a broader effort to condition Canadians to “deny the evidence of their own eyes.”

Last summer, Canada enacted a law adding “gender expression” and “gender identity” to Canada’s Human Rights Code and to the Criminal Code’s hate crime section. Critics warn that this could lead to criminal penalties, including fines, incarceration, or compulsory “anti-bias” training, for anyone who refuses to address someone by gender-neutral pronouns such as “zir” and “ze.”

News of the guidelines comes a little more than a month after Prime Minister Justin Trudeau interrupted a young woman during a question and told her to use “peoplekind” instead of “mankind” because “it’s more inclusive.”