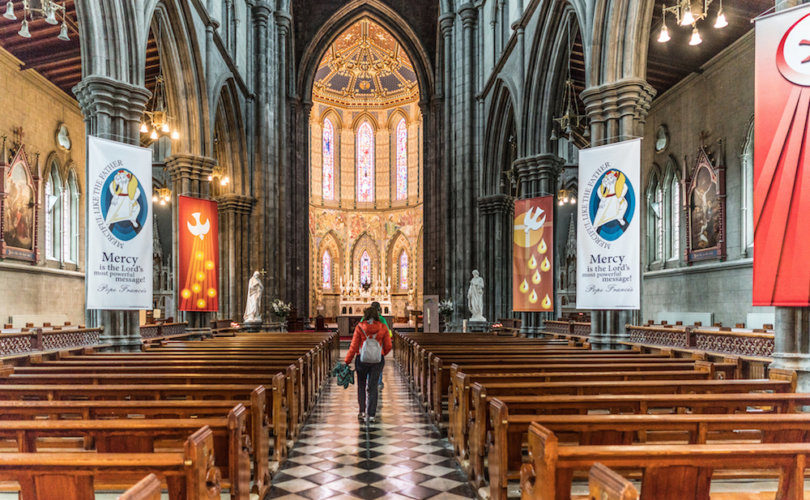 WARSAW, Poland, May 2, 2017 (LifeSiteNews) – A renowned Irish theologian says the state of the liturgy in Ireland is “uninspiring” and the country's vocations shortage a result of a crisis of faith.

He said this has produced “what could be called the ‘service station’ model of church, which, with the declining number of clerics, is putting a huge strain on their time and their limited energy.”

“The faithful are satisfied, once they have ‘been to Mass,’” Father Twomey said, and that frequently the mindset is the shorter the Mass the better.

In a paper titled “The End of Irish Catholicism? Fifteen Years On” for the Jesuit journal Studies Irish Review, Father Twomey wrote how this pedestrian attitude toward the Mass has pushed clergy to reduce it to the minimum. The article was covered in a report from Catholic Ireland and picked up by CatholicCulture.org.

Father Twomey commented as well about ill-prepared liturgical ministers and clergy in need of formation, and said the main purpose of Eucharistic ministers is seemingly to cut the time taken for Communion distribution.

“Readers read scriptural texts that evidently make no sense to them. Very often, they are indistinct or inaudible,” he stated. “As with the Eucharistic ministers, their presence seems to be a token recognition of lay involvement, in particular by women, with little or no awareness that readers, Eucharistic ministers, choir members (if they exist), and sacristans all need theological training as much as the clergy need ongoing formation and education.”

The result of all of this, Father Twomey said, is that the “source and summit of the Christian life has been reduced to an obligation to be satisfied with the least pain for either priest or people.”

Ireland has suffered from a decline in the number of priests for years. The Diocese of Limerick had cancelled all daily Masses on Tuesday of last week because diocesan priests were away on “important in-service formation.” The local bishop instructed every parish in the diocese instead to “host a lay-led liturgy of the Word.”

The bishop did not rule out the possibility of some parishes forgoing Sunday Mass for a lay-led liturgy in the future.

Father Twomey rebuffed suggestions for changes in the Church proposed by the dissenting Association of Catholic Priests because they offered nothing different than the current failed approach and would bring about a barren “service station” approach to Mass.

Specifically, he said the dissident group’s proposals are “predicated on the same traditional model, namely providing the requisite services to the people, as in a service station. The net result is a desiccated liturgy.”

Father Twomey has been a member of the Ratzinger circle of former students that meets with now-Pope Emeritus Benedict XVI annually for a theological seminar since the group’s 1978 inception.

Known for his defense of Church teachings on life and family, Father Twomey received the highest award the pope can bestow upon laity and religious for outstanding service to the Church and the Holy Father. Cardinal Raymond Burke conferred the Pro Ecclesia et Pontifice medal upon the Irish priest in 2011.

In his 2002 book “The End of Irish Catholicism?” Father Twomey addressed the question of why the Catholic Church in Ireland has been “unable to meet the challenges of the modern age … the onslaught of secularization, the onslaught of relativism, etc.”

In his paper on Irish Catholicism, the theologian contended that the fundamental weakness of the Church in Ireland has been its anti-intellectual attitude, and conversely, its greatest achievement had been its missionary tradition.

Today, though, missionary vocations have dried up completely, Father Twomey  acknowledged, and this, with the lack of spiritual leaders, point to the source of the real crisis — a crisis of faith — facing the Church.