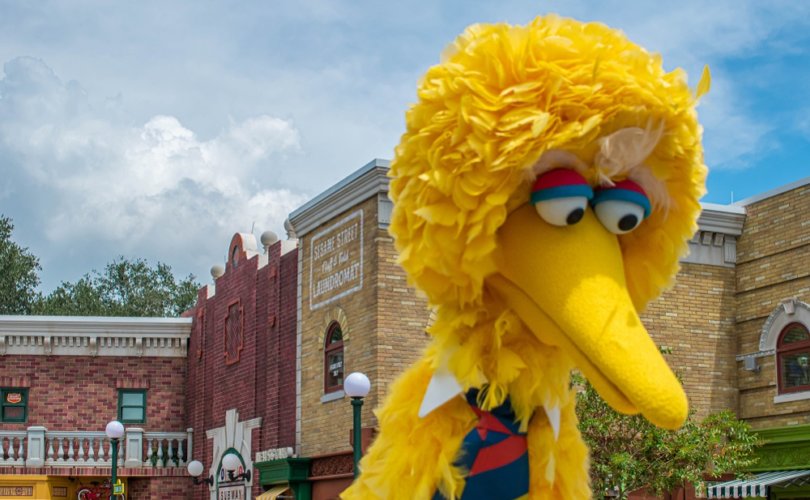 “On our street, we accept all, we love all, and we respect all. Happy #PrideMonth!” says the Twitter post dated June 11, from the official Sesame Street account @sesamestreet.

Sesame Street was not the only kids’ show that voiced a message of support for the LGBT activist–backed “Pride Month,” which promotes the homosexual lifestyle and gender-fluidity.

Also tweeting in support of “Pride Month” was the kids’ network Nickelodeon, which posted a tweet featuring a trio of its popular characters in colorful dress.

“Celebrating #Pride with the LGBTQ+ community and their allies this month and every month,” said the June 13 Nickelodeon tweet.

The LGBT-backed “Pride Month” was also supported by the Cartoon Network, who celebrated with social media advertising and special videos along with shows approved by the LGBT lobby.

Bert and Ernie “gay” rumors were addressed in 2018 when Sesame Street Workshop, as well as Muppet creator Frank Oz, denied that Bert and Ernie are “gay.”

Despite this, a 2019 report from The Hollywood Reporter highlights a conversation with Brown Johnson, who at the time was the executive vice president of the Sesame Workshop. She was asked if Bert and Ernie are a “committed gay couple.” She gave a reply that people can wish what they want to.

“People can think whatever they want” about Bert and Ernie, Johnson told THR. “You want to think they’re gay? OK.”

The Nickelodeon tweet featured an image of the well known cartoon character SpongeBob SquarePants; Canadian actor Michael D. Cohen, a woman who considers herself a man, from the show Henry Danger; and Avatar Korra from The Legend of Korra.

Cohen said in 2019 that she “transitioned” — started presenting herself as male — about 20 years ago. The creators of the character “Korra” said in 2020 that she identifies as “bisexual.”

The Twitter hashtag #Spongebobisgay began to trend on Twitter after many on social media speculated that SpongeBob SquarePants is indeed “gay” for being included in the June 13 Nickelodeon tweet.

However, the creator of SpongeBob, Stephen Hillenberg, who died in 2018, said in 2005 that he “never intended” the Spongebob character and his sidekick friend Patrick Starfish to be “gay.”

“We never intended them to be gay. I consider them to be almost asexual. We’re just trying to be funny and this has got nothing to do with the show,” Hillenberg was quoted as saying in a Reuters report.

This is not the first time Sesame Street has shown public support for LGBT activism. In 2017, Sesame Street tweeted a “rainbow” that featured multicolored Muppets for Pride Month, saying, “Sesame Street is proud to support families of all shapes, sizes, and colors.”

Also in 2017, the Sesame Street song called “Anyone Can Play” included the lyrics “some boys like to play dolls” while showing the popular male character Grover sporting a purple dress.

In early 2020, it was announced that actor and LGBT activist Billy Porter would appear in drag in an episode of Sesame Street. LifeSiteNews launched a petition that asks Sesame Street to drop the upcoming show. As of its last count, it has over 58,500 signatures.