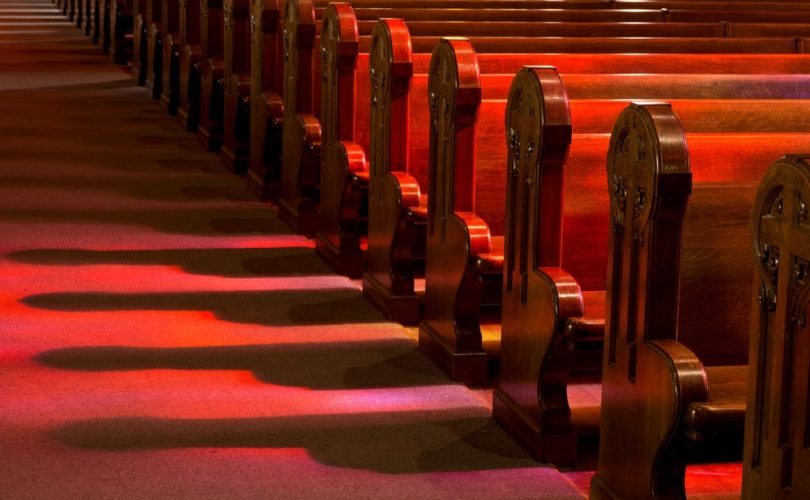 June 22, 2020 (LifeSiteNews) – The Seventh Circuit Court of Appeals ruled against an Illinois church suing the state over its COVID-19 restrictions on freedom of religious assembly, potentially setting up another First Amendment showdown before the nation’s highest court.

In May, Illinois Democrat Gov. J.B. Pritzker laid out a five-phase plan for lifting the state’s public-health emergency, which among other things holds that, should COVID-19 cases continue to decline, public gatherings such as religious services would still be limited to 50 people until the release of “a vaccine or highly effective treatment widely available or the elimination of any new cases over a sustained period.”

In the meantime, churches had been limited to a cap of just ten people, prompting numerous lawsuits from churches all over the state. Under pressure, Pritzker issued a new set of guidelines on May 28, which changed the ten-person limit from a mandate to a suggestion.

Despite the governor backing down, the Christian nonprofit Liberty Counsel (LC) continued its lawsuit on behalf of Elim Romanian Pentecostal Church and Logos Baptist Ministries, noting that Pritzker could still re-impose the limit in the future.

“Unless and until there is a judicial declaration that Governor Pritzker has acted unconstitutionally thus far, there is nothing keeping him from changing his mind again, whether in this crisis or any future crisis,” LC declared last month.

Yet the Seventh Circuit ruled against Illinois Christians last week, Bloomberg reported. While the three-judge panel rejected Pritzker’s request to dismiss the case out of hand, it ruled that the 10-person limit was constitutional.

It rejected the comparison of churches to grocery stores, which can allow an unlimited number of people inside, on the grounds that speaking and singing can spread COVID-19 through aerosolized saliva droplets, as with lectures or concerts.

Caring for the hungry or homeless “requires teams of people to work together in physical spaces, but churches can feed the spirit in other ways” such as live-streaming sermons, the court ruled.

“How can the state divide between ‘religious’ and ‘secular’ activity in the same church building?” LC’s Mat Staver asked. “This is clearly not the role of the government. So, while churches can feed, shelter overnight, and provide ‘necessities of life’ to an unlimited number of people, the crowd must be reduced to 10 people or less when the pastor leads a worship service or prayer. The court brushed off this obvious discrimination.”

As for what comes next, Staver assured the public that Liberty Counsel intends to take the case all the way to the U.S. Supreme Court, if necessary.

“Our next step will be to ask the full panel of judges at the 7th Circuit to review the case,” he explained. “This case and the conflicts now among the courts of appeal provide an opportunity to ask the Supreme Court to review the matter at the appropriate time.”