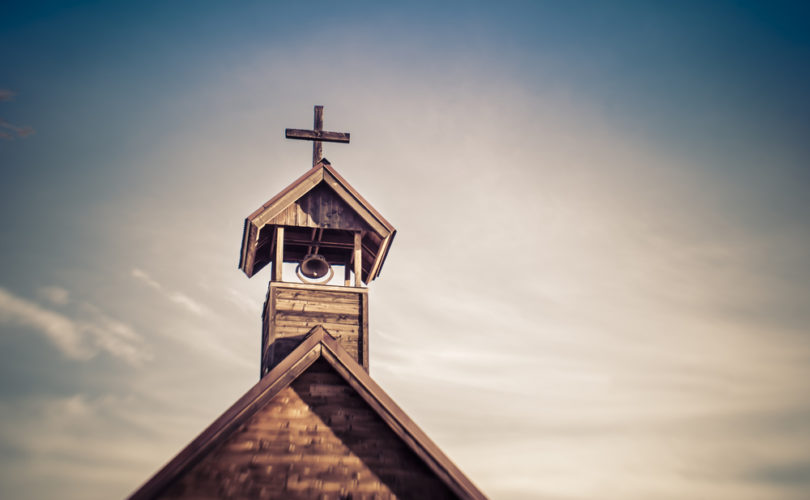 WASHINGTON, D.C., August 17, 2018 (LifeSiteNews) – Attorney and international child rights advocate Liz Yore and Senior Editor for The Catholic Thing Brad Miner made it clear for Raymond Arroyo on The World Over Thursday night that the Catholic Church’s sex abuse crisis has a direct link to homosexuality.

The two discussed with Arroyo the fact that throughout the Church’s sexual abuse crisis, it has been mostly teenage boys and men subjected to the abuse.

“Largely it’s not a pedophile crisis,” Yore said. “We know from the John Jay report, 81-percent of the victims were males, mostly teens. And we know because our subclass of predators are all male, this is a male-on-male crime, and primarily with teens between the ages of 14 to 17. Those are the victims.”

“The grand jury report also highlighted that,” she said. “Seminarians who are over the age of consent, that they too were victims, nevertheless, they’re crimes, all of them, some federal crimes, some state crimes.”

Arroyo asked his guests about Washington D.C. Cardinal Donald Wuerl, implicated in the grand jury report for having shuffled predator priests around to different assignments while bishop of Pittsburgh, and insisting since the report’s release he will not resign amid calls for him to step down. Arroyo observed that Wuerl had done some things while in Pittsburgh to counter abuse, which had been noted in the report as well.

“The grand jury, noting the good things that he did, also noted that he did protect predator priests and move them around, and did the sort of things that they’ve always done,” responded Miner. “That website that went up (The Wuerl Record) came down very quickly and that was partly because a great many sensitive Catholics recognized that once again, a cardinal of the Church was treating the sex abuse crisis as a public relations problem.”

“It’s not a public relations problem,” he added, “it’s a problem of criminality.”

Miner continued, pointing to the homosexual element of the abuse scandal while calling out pro-LGBT Jesuit priest and Vatican advisor Fr. James Martin for downplaying the problem of abuse in seminaries.

“And it’s also, if I may say, and this is I know something that people don’t want to hear,” he said, “and certainly James Martin doesn’t want to hear it – It’s a homosexual problem.”

“The numbers show that, even if the authors of the John Jay report have suggested that, ‘well, it wasn’t really a homosexual problem,’ that’s what the people in Spotlight at the Boston Globe said; it’s not a homosexual problem – Well, I’m sorry – it is.”

Referencing the 2005 Vatican document under Pope Benedict XVI prohibiting declared homosexual men to the seminary, Miner said further. “Now why would he have done that unless it was his understanding that it’s a homosexual problem, not just a predator problem?”

Miner cited recently deceased sociologist and clergy abuse expert Richard Sipe in saying that at least some 30% of Catholic priests have a homosexual orientation. Miner thought the number had also been estimated as high as 50-60%, but said he didn’t know for sure.

“But I do know that the problem, despite what people like James Martin say, is just that,” said Miner. “And he (Martin) criticized us today, people like me, for suggesting that it’s a homosexual problem. He says that we’re simply mean people who are attacking unnecessarily gay priests and the LGBT community.”

Yore and Miner echoed the thought of many among the laity that culpable bishops must be held legally responsible for any part they’ve played in the abuse.

Yore added that as a Church, “We have to focus on what is the cause of these children, young people, seminarians, continually being abused by predatory priests – and that’s what we have to stop.”

“And one of the ways of doing that is the disciplining, the firing of bishops who have been protecting them for decades,” she said. “And this homosexual network that protects and promotes its own is what is causing this continual cycle of abuse in the seminaries, in the rectories, in the sacristies, in the schools.”

The USCCB statement released Thursday with a three-point plan to investigate MCcarrick’s actions, streamline reporting of bishops’ misdeeds and refine the process of filing complaints against bishops is not sufficient in addressing the crisis, Miner said.

“It doesn’t even come close,” he said. “The way we address this crisis is the way Pennsylvania has addressed the crisis. We need 50 more grand jury investigations. […] Only then will we begin to know the scope of the problem, said Miner.

Yore added that the solution is top-to-bottom investigations by federal and state authorities.

“The thing that is happening now is that people are justifiably angry, terribly angry that people sat on this information, that no action was taken, that priests were put back into circulation,” Miner said.

“It is, I think, a day of reckoning for the Church,” Yore said, and things have come to where the Church needs to discipline “anybody who has been involved in cover-up or preying on young people.”

The panelists warned that the upcoming Youth Synod is exploiting children in an attempt to change Church teaching to allow for the very behavior that opened the door to the abuse scandal.

“Because there in the lead-up, in that Instrumentum laboris, there is language that suggests changes to come,” Miner stated, “and they’re not good changes.”

“And so I’m hopeful that this horror out of Pennsylvania and the McCarrick story, and everything that we’ve known all along, will refocus the good people on fighting the fight, on staying close to the Gospel,” he said, “and not changing doctrine.”

Yore noted the imprudence of the Vatican hosting hundreds of children and young people ages 16-29 in Rome this fall to discuss youth, faith and vocations, with the bishops, considering what has recently come to light in the Church abuse scandal.

“We have not even resolved this problem,” she said. “And we are going to be exploiting children at the Synod on Youth in order to expand the teaching of the Church with respect to homosexuality.”

There have been ongoing concerns during the time preceding the Synod that the Synod would be manipulated to promote homosexuality.