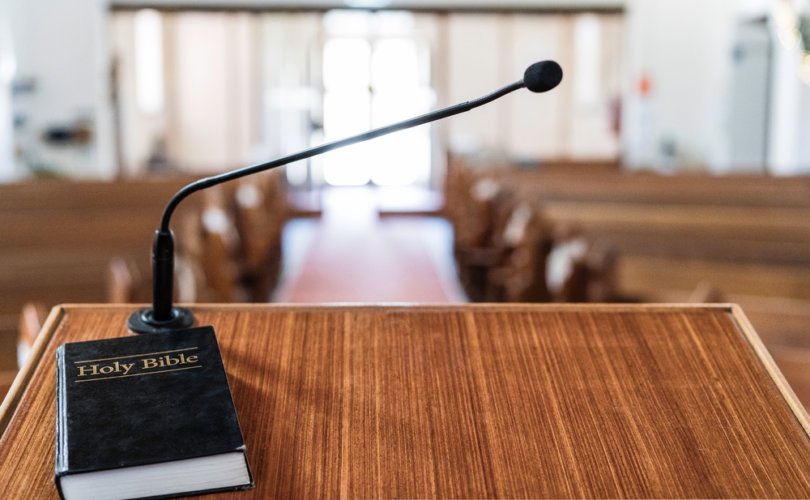 February 20, 2019 (LifeSiteNews) – Around 380 Southern Baptist leaders have been accused of sexual misconduct since 1998, according to an exposé revealing striking similarities between the Protestant denomination and the Catholic Church’s mishandling of reported sex abuse by their leaders.

The Houston Chronicle and San Antonio Express-News reported that more than 200 pastors and leaders of the Southern Baptist Convention (SBC) have been convicted of or given plea deals for sex crimes over the past 20 years.

In that time, more than 700 people — some as young as three years old – survived sex abuse that included penetration, physical abuse, and pornography, the papers reported.

Whereas most victims of sexual abuse by Catholic clergy are underage, post-pubescent males, most of the victims of the Southern Baptist leaders were female minors, according to this report. However, the way in which Baptist churches handled accusations of abuse is reminiscent of tactics used by Catholic authorities to cover up rather than root out the scandal.

Southern Baptist churches are autonomous and independently operated, yet linked together through seminaries and missions, making them “highly susceptible to predators,” the report noted.

All a sexual predator has to do is “talk a good talk and convince people that he's been called by God, and bingo, he gets to be a Southern Baptist minister,” Christa Brown, an activist and the author of This Little Light: Beyond a Baptist Preacher Predator and His Gang, told the Texas papers. “Then he can infiltrate the entirety of the SBC, move from church to church, from state to state, go to bigger churches and more prominent churches where he has more influence and power, and it all starts in some small church.”

In “Abuse of Faith,” the two newspapers reported in a series that began on February 10 that accused and convicted abusers, in some cases, were never reported to law enforcement by church leaders. Some of them are working in churches and others still preach from the pulpit. The report is linked to a database of evangelical pastors and church-affiliated employees or volunteers who have been convicted of various sex-related crimes.

“Nearly 100 are still held in prisons stretching from Sacramento County, Calif., to Hillsborough County, Fla., state and federal records show,” the report showed. “Scores of others cut deals and served no time. More than 100 are registered sex offenders. Some still work in Southern Baptist churches today.”

One woman shared that upon becoming pregnant, “leaders of her church forced her to stand in front of the congregation and ask for forgiveness without saying who had fathered the child. She said church members were generally supportive but were never told the child was their pastor's. Church leadership shunned her, asked her to get an abortion and, when she said no, threatened her and her child, she said. She moved abroad soon after.”

Then, she “sued her former pastor and his church in 2006. In a deposition, the pastor, Dale ‘Dickie’ Amyx, admitted to having sex with her when she was a teenager, though he maintained that it was consensual. He acknowledged paternity of her child but was never charged with any crime. Amyx was listed as the church's pastor as late as 2016, state Baptist records show. He could not be reached for comment.”

According to the joint investigation by the two Texas newspapers, evangelical Christian leaders have not been held accountable for sexual misconduct until recently. For example, Paige Patterson was forced into early retirement after reportedly mishandling rape allegations as president of Southwestern Baptist Theological Seminary. Megachurch pastor Bill Hybels retired early after several women alleged that he had engaged in sexually inappropriate behavior.

The new president of the Southern Baptist Convention J.D. Greear said in a statement on February 10: “The abuses described in the Houston Chronicle article are pure evil.” Admitting the largest Protestant denomination’s failure, he said, “We — leaders in the SBC — should have listened to the warnings of those who tried to call attention to this. I hope we listen now, and I am committed to doing everything possible to ensure we never make these mistakes again.”

“The Baptist doctrine of church autonomy should never be a religious cover for passivity towards abuse. Church autonomy is about freeing the church to do the right thing—to obey Christ—in every situation. It is a heinous error to apply autonomy in a way that enables abuse,” Greear continued. “As a denomination, now is a time to mourn and repent. Changes are coming. They must. We cannot just promise to ‘do better’ and expect that to be enough. But today, change begins with feeling the full weight of the problem.”