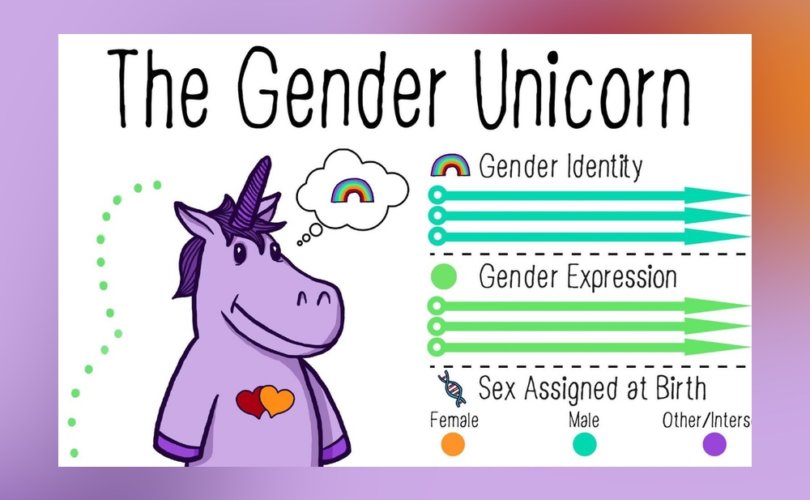 (LifeSiteNews) — A U.S.-based association for private schools is promoting sexually explicit LGBTQ content in school curriculums for children as young as four.

Documents, teacher trainings, and conference recordings from the National Association of Independent Schools (NAIS) show curriculum guidance pushing for discussions of “gender identity” beginning in pre-K and of sexual orientation starting in fifth grade in private schools across the U.S., Breitbart News reported.

NAIS member private schools are also “including provisions in enrollment contracts prohibiting parents from ‘[voicing] strong disagreement’ with school policy or curricula, under threat of expulsion,” according to materials obtained by Breitbart from a network of concerned “Undercover Mothers.” These mothers remain anonymous to avoid retaliation from schools.

The curriculum guidance reviewed by Breitbart instructs that children be taught to question their “gender identity” beginning in Pre-K.

“Starting in Pre-K we talk about their bodies, the parts that they were born with, about penises and vaginas and whether they make somebody a boy or girl. But also their feelings, what do they feel like inside, do they feel like a boy or a girl? What does their head say? Do their heart and their body match up,” a lecturer says while instructing how to teach sexuality and “gender identity” in school during the 2020 NAIS flagship conference.

The instructor explains that this teaching on gender identity becomes “explicit” in second grade, and in fifth grade, teachers are to expand the discussion to include all the dimensions of sexuality defined by the “Gender Unicorn.”

At this point, not only is gender identity to be spoken of as part of a “continuum,” but “gender expression” — “how you dress, how you act” — is presented as something even independent of gender “identity,” and something “that you can change from day to day.”

Biological sex is acknowledged, but not as something fixed. The lecturer describes it as something “you can only change with a whole lot of effort.”

Moreover, the teachers are to begin speaking with children in fifth grade about “sexual orientation” in terms of “who you are emotionally and physically attracted to.”

One NAIS lecture includes a slide that appears to dismiss potential parent concerns about sex education as “Puritan Speak,” which includes phrases such as “That’s my job”; “They’re too young to know that;” “Won’t they lose their innocence?” and “You’re just trying to put ideas in their heads!”

“Undercover Mothers” have helped document LGBTQ materials already being implemented in NAIS-affiliated schools, such as a “Genderbread Person” poster, and of posters on hallway walls defining different sexual preferences in a way meant to appeal to children. A photograph shared by Breitbart shows shows a “Homosexuwhale,” “Bisexuwhale,” “Asexuale” and “Pansexuwhale” posters with illustrations of whales in their “sexuality flag” colors.

One Georgia school was found to contain a book in the school library called “Gender Queer” by Maia Kobabe that contains illustrations of boys engaging in oral sex. The book’s presence in schools has already caused an uproar in several states, and Texas Gov. Greg Abbott and South Carolina Gov. Henry McMaster demanded that such “obscene” and “pornographic” content be banned in public schools.

NAIS-accredited schools are also treating students according to their gender “identity” regardless of parent wishes. One such school’s enrollment contract, viewed by Breitbart News, states, “The School shall accept the gender identity that each student asserts. There is no medical or mental health diagnosis or treatment threshold that students must meet in order to have their gender identity recognized and respected. … Students ready to socially transition may initiate a process to change their name, pronoun, attire, and access to preferred activities and facilities.”

The contract continues, “The School will work with the parent/guardians of a student whenever possible and appropriate, but I/we understand and agree that parent/guardian approval will not be a prerequisite for respecting a student’s gender identity.”

An “Undercover Mother” who removed her child from an NAIS-accredited private school after he was made to “affirm his gender” in the third grade, told Breitbart:

“It is clear that our schools, at the direction of NAIS, are actively working to rob our children of their innocence and sow doubt about the most fundamental aspects of human nature. It is nothing short of child abuse. Parents of young children should be shaken to their core.”