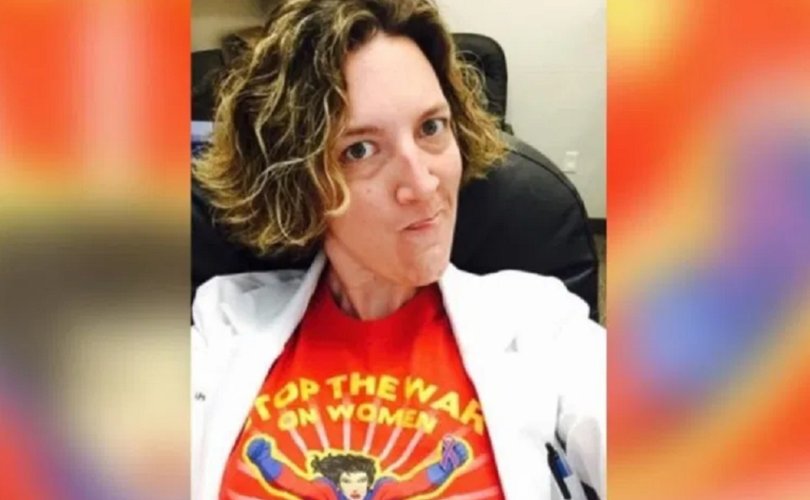 MONTGOMERY, Alabama, September 11, 2020 (Operation Rescue) — The Alabama State Board of Medical Examiners has suspended the temporary medical license of abortionist Leah Nicole Torres and has ordered her to cease and desist the practice of medicine after it found she had lied repeatedly on her permanent medical license application and committed unprofessional conduct.

She was ordered to immediately surrender her license certificate.

Torres began working at the West Alabama Women’s Center in Tuscaloosa, Alabama, in early August 2020, after the retirement of 82-year old abortionist Louis Payne, who left in the wake of an investigation into the death of a woman on May 7, 2020, who visited the abortion facility just before she died at nearby Druid City Hospital.

According to the Board order and a letter to Torres dated August 20, 2020 informing her of their findings, the Board found that she “committed fraud” her application for licensure by providing untrue or misleading statements to four application questions involving hospital privilege restrictions, medical malpractice claims, mental health conditions, and her work history.

“It is a relief to know that Torres is currently not able to conduct abortions in Alabama,” said Troy Newman, President of Operation Rescue, which has been working with a coalition of state and national pro-life groups, including CEC for Life and Life Legal Defense Foundation, to investigate the May 7 Tuscaloosa death. “She apparently thought she could get away with anything, as so many abortionists do, but this time, she got caught lying to get a medical license. It makes me wonder what else has she lied about.”

Torres was found to have been untruthful about the following information on her 2020 Alabama medical license application:

The Board also had strong words for Torres in an accusation that she committed unprofessional conduct, a charge that is grounds for license denial.

That you have committed unprofessional conduct as defined in the rules promulgated by the Medical Licensure Commission; specifically, you have made public statements related to the practice of medicine which violate the high standards of honesty, diligence, prudence, and ethical integrity demanded from physicians licensed to practice in Alabama and which evidence conduct which is immoral and which is willful, shameful, and which shows a moral indifference to the standards and opinions of the community, in violation of Rule 545-X-4-.06 of the Rules and Regulations of the Medical Licensure Commission, all in violation of Ala. Code ‘ 34-24-360(2).

In 2018, a tweet she posted made national news when the abortionist seemed to imply that she cut babies’ vocal cords during abortions, which would be both brutal and illegal. She later deleted the tweet (pictured below) and tried to clarify her comments, claiming she was referring to the umbilical cord.

Torres later filed a civil suit against the Daily Caller — the same suit referenced by the Alabama State Board of Medical Examiners – claiming that the news story caused her to lose her job and suffer mental health issues.

At the time she was on staff with a Utah hospital and conducted abortions at Planned Parenthood of Utah. Her license in that state is now listed as expired. Since her firing, Torres struggled to find employment until she was hired on at the West Alabama Women’s Center in Tuscaloosa.

Torres has until September 21, 2020, to file an appeal with the Medical Licensure Commission.  A full hearing in the matter has been set for December 21, 2020, in Montgomery, Alabama.

Meanwhile, the WAWC has appeared to have replaced Torres and continues to remain open for now, pending a criminal investigation into the May 7 death.