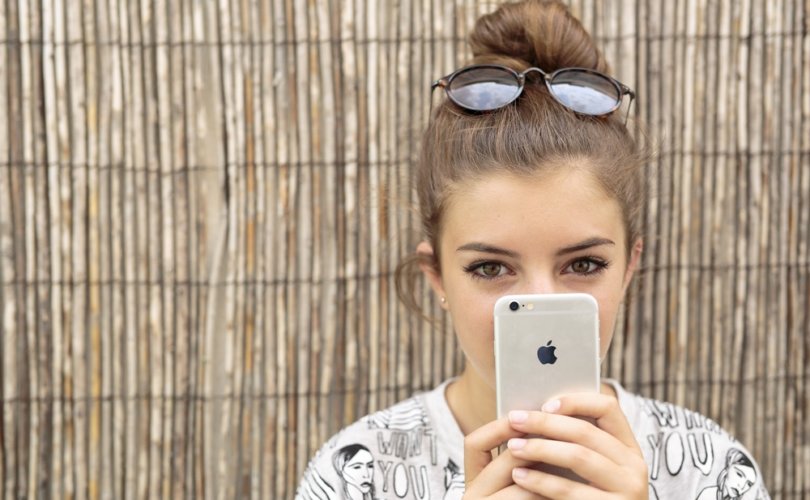 NEW YORK, January 10, 2018 (LifeSiteNews) – Two significant Apple investors have asked the tech giant to design software that allows parents to control how their kids are using iPhones in order to better “protect their health and well-being.”

“We believe there is a clear need for Apple to offer parents more choices and tools to help them ensure that young consumers are using your products in an optimal manner,” stated Barry Rosenstein, Managing Partner of JANA Partners LLC, in an open letter to Apple on the weekend. The letter was also signed by Anne Sheehan, Director of Corporate Governance for The California State Teachers' Retirement System.

The two organizations, who together control $2 billion worth of shares in the technology firm, list a number of concerns about the damage Apple's products are causing children and teenagers when they are used inappropriately.

Advised by experts Dr. Michael Rich and Professor Jean M. Twenge, the investors cited the “growing body of evidence” that heavy use of Apple technology, especially smartphones, is having “unintentional negative consequences” on children and teens. These include the following:

The letter does not mention how smartphones have become one of the biggest gateways for children encountering abd even becoming addicted to pornography.

The letter reported that the average American teenager who uses a smartphone receives her first one at age 10 and spends over 4.5 hours a day on it “excluding texting and talking.” Also, 78% of teens with phones check them “at least hourly,” and 50% feel “addicted” to their phones.

“It would defy common sense to argue that this level of usage, by children whose brains are still developing, is not having at least some impact, or that the maker of such a powerful product has no role to play in helping parents to ensure it is being used optimally,” the investors wrote.

Their recommendations to Apple include assembling a committee of experts to study the psychological effects of its technology on children and teens; assisting the experts’ research; developing new, child-focussed versions of phones with age-appropriate setup options, like screen time limits and parental monitoring; educating parents about the new options so they can make more informed decisions; and hiring a “high-level executive” to monitor these issues and report on them, just as Apple has for environmental and supply chain issues.

“94% of parents have taken some action to manage their child’s technology use, but it is both unrealistic and a poor long-term business strategy to ask parents to fight this battle alone,” the letter states.

“Imagine the goodwill Apple can generate with parents by partnering with them in this effort and with the next generation of customers by offering their parents more options to protect their health and well-being.”

The investors stated that it is their belief that “addressing this issue now by offering parents more tools and choices could enhance Apple’s business and increase demand for its products.”