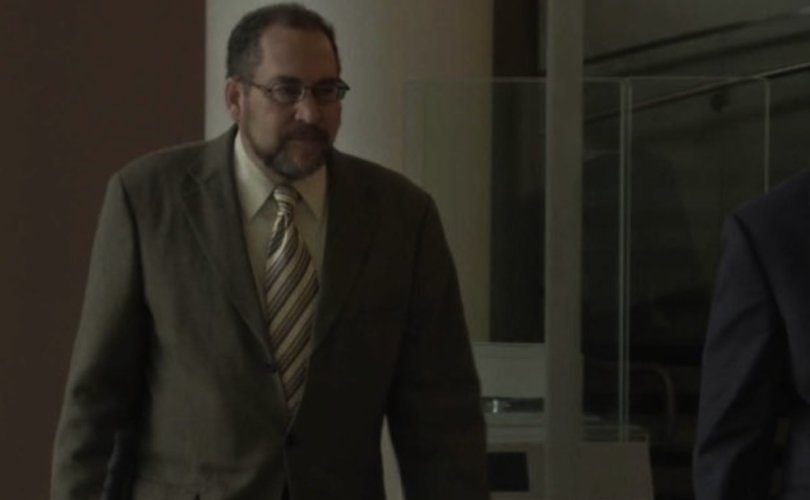 January 10, 2019 (LifeSiteNews) – The United States Supreme Court has rejected a request for a stay of sentence in the case of a Christian businessman convicted of “international parental kidnapping” for helping a mother and her child escape an unrelated lesbian “mother” imposed on the child by a Vermont court.

61-year-old Philip Zodhiates is the president of the conservative direct mail fundraising company Response Unlimited. He is also the adoptive father of six children from Central America.

Zodhiates began serving a three-year federal prison sentence last month after being prosecuted by the Obama administration for driving Lisa Miller and her daughter Isabella to the Canadian border in 2009. A Christian and former lesbian, Miller was fleeing the United States to defy court-imposed visitations with Janet Jenkins, her ex-partner a judge deemed the girl’s second “mother” despite having no biological relation.

Miller and Isabella successfully entered Canada and flew to Nicaragua, with their current whereabouts unknown, but Zodhiates was arrested and eventually convicted for assisting them. An appeals court refused to consider an appeal this October, so his attorneys asked the United States Supreme Court to step in and stay his sentence while reviewing his conviction.

Justice Ruth Bader Ginsburg rejected the request for a stay, but Justice Neil Gorsuch, President Donald Trump’s first judicial nominee, placed it on the calendar to be voted on in private conference on January 4.

LifeSiteNews gathered more than 12,000 signatures urging the court to grant the request last week, with a petition arguing that “Mr. Zodhiates must be allowed to make an application to appeal his case to the Supreme Court – so as to be able to exhaust all legal remedies at his disposal,” and that “doing so while in prison is an undue burden.”

“The application for stay addressed to Justice Gorsuch and referred to the Court is denied,” the court said simply in a list of orders released on Monday. It did not identify how the justices voted or elaborate on their reasoning.

Zodhiates has argued not only that he broke no laws, as Miller had full custody of her daughter at the time and neither were under any travel restrictions, but that he was helping protect the child from abuse that judges and prosecutors willfully ignored.

A clinical therapist who treated Isabella, a social worker who observed her, and a friend who took care of her all submitted sworn affidavits testifying that they believed the visits with Jenkins were traumatizing the little girl. But Vermont Judge Richard Cohen ruled in favor of continuing the visits.

“The Vermont courts refused to admit the affidavits […] because they had a political agenda of nullifying the many marriage amendments of so many states and the federal Defense of Marriage Act,” Zodhiates told LifeSiteNews last month. “The courts were adamant about sanctioning the sexual abuse of a child in order to push through a vile political agenda.”

Two others have been given prison time for helping Miller and Isabella, as well: concerned Mennonites Timothy Miller and Kenneth Miller (who are unrelated to each other or to Lisa, despite the last name).

The case is not over; Zodhiates still has an appeal of the conviction itself to look forward to, but he will have to remain in a low-security male prison while working on it. In the meantime, Zodhiates cites James 1:2 in embracing his ordeal for Christ.

“So prison has been expected all along. But that’s okay. We are all to expect it, and count it all joy,” he said. “God promises to bring us through the trials and tribulations, and I have to say, it’s drawn me closer to the Lord in a tremendous way. He wants to bring us to the point where we are totally dependent on Him, where nothing we can do can make any difference.”