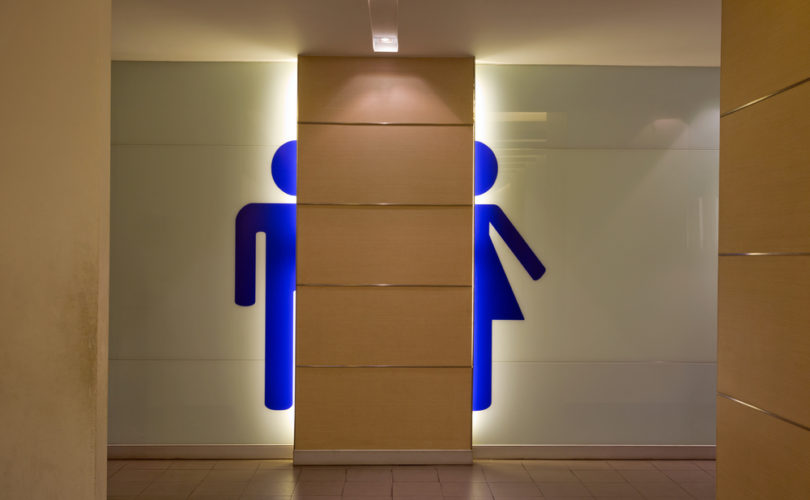 TROY CITY, Ohio, September 15, 2015 (LifeSiteNews) — Some parents of children at an Ohio school were outraged after the school decided to allow a girl who identifies as a boy to share a bathroom with boys.

“She’s got girl parts. They have boy parts. She has no business being in there,” a male student's grandparent told area news outlet WHIO. “She walked in, somebody walked in, on my grandson the other day while he was using the urinal.”

However, another parent was quoted as saying that “if parents would educate their children, be open, be honest, we wouldn’t have this problem.”

At the forum, the Director of the Transgender Clinic at Cincinnati Children's Hospital, Dr. Lee Ann Conard, presented on the topic. She later told WDTN-TV, “I think the biggest thing is that [parents are] afraid that that child is a sexual deviant of some sort. So they’re afraid that child is going to come into the school and take advantage of their child.”

“And in reality, that just isn’t the case.”

The student has been allowed to use a male restroom for some time, though a gender-neutral bathroom is available. Transgender students are not allowed to use a locker room of the opposite sex; instead, they use a private changing space.

Conard did not immediately respond to LifeSiteNews' request for comment. Her clinic's website shows that its services include, but are not limited to, “menstrual suppression,” “puberty blockers,” and “gender-affirming hormones.”