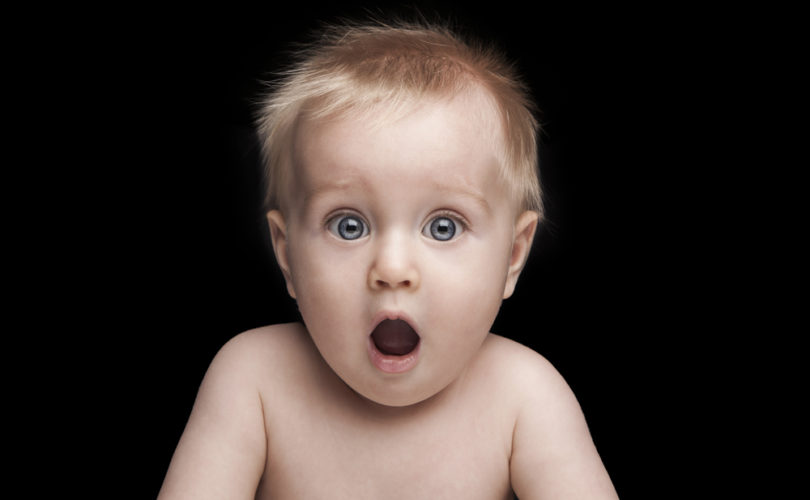 December 4, 2018 (Pregnancy Help News) – Over the years, college campuses have grown a notorious reputation for being over-zealous echo chambers that suppress free speech – particularly that of conservative and pro-life students who don't toe the pro-abortion line.

So it's surprising when a school does just the opposite and protects the rights of students who disagree with abortion radicals.

This month, the State University of New York (SUNY) at New Paltz did just that.

In a refreshing move that pro-choice politicians should take note of, the school stood by its relationship with a life-affirming pregnancy help center – The Bravo Center – defending its presence on campus and opting for neutrality.

“We must remain viewpoint neutral and even handed when we make determinations [regarding guests],” Mike Patterson, student activities and union services director, told the school paper.

“If we had a Planned Parenthood, then it is only fair to have The Bravo Center,” Patterson said. “It protects the interests of those students that might want this. That means you're going to have different viewpoints and ideologies.”

The dispute began when the school's International Socialist Organization (ISO) discovered “there is not one accessible reproductive health care center for women within the area.”

Instead, when the group did an online search for “abortion” or “female healthcare” in New Paltz, Google directed them to The Bravo Center, otherwise known as the Pregnancy Support Center of Ulster County, which has two locations nearby.

Outraged, ISO concocted a predictably misleading opinion column for the college paper and orchestrated a protest at the pregnancy center's New Paltz location.

Parroting the incendiary rhetoric of the abortion lobby, the group's stated purpose was to “expose this fake clinic and demand the right to safe, accessible abortions” – a “right” that the pregnancy help center, of course, has no influence over.

But as outrageous as ISO's goal is, it certainly gets to the heart of why abortion advocates consider pregnancy help centers to be “fake clinics”: They simply don't provide abortion.

Going back to the group's original Google query, the group said, “A quick Google search reveals that reproductive health care is barren in the town.”

Oddly enough, my quick Google search revealed that there is at least one OB-GYN office within a 6-minute drive from the SUNY New Paltz campus.

One has to wonder if even the offices of regular OB-GYNs would be considered “fake clinics” under the abortion lobby's excessively narrow definition of what it means to be a “real clinic.”

Established in 1986, The Bravo Center provides pregnancy tests, options counseling, abortion recovery support groups, community referrals, and material resources such as diapers to those in need – all free of charge. They're even anticipating offering ultrasound, with hopes to bring a medical director and nurse on board in the near future.

This spring, The Bravo Center's director was granted the chance to meet with clients on the SUNY campus once a week for eight hours. As she told the college paper, they don't plan on leaving anytime soon.

The Bravo Center's persistence in the face of the students' outrage is admirable, as is the university's defense of its students' interests and the pregnancy center's first amendment rights.

While New York and other city and state governments have targeted the rights of pregnancy help centers – even after the Supreme Court struck down one such law this June – at least this college is brave enough to entertain different viewpoints.