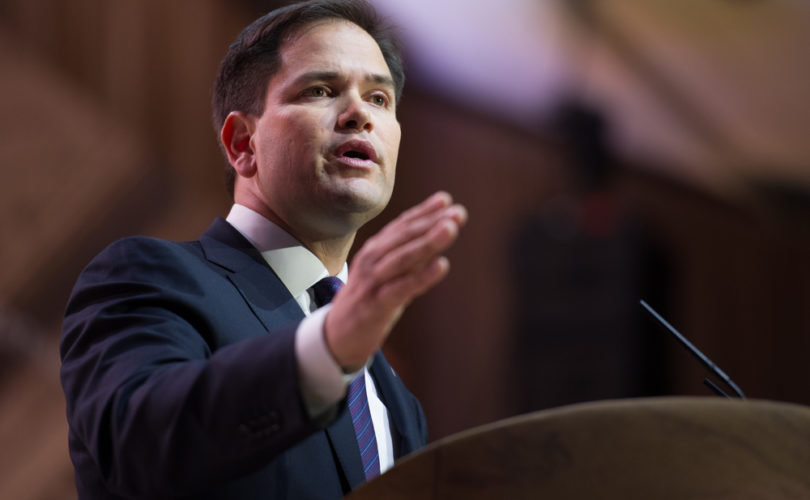 HOUSTON, January 26, 2016 (LifeSiteNews) – A vast array of the pro-life movement – including four Republican presidential candidates, so far – have expressed their shock and outrage that the group behind the undercover Planned Parenthood videos have been indicted.

On Monday, the Harris County, Texas, grand jury announced that it would not charge Planned Parenthood Gulf Coast with selling human organs – but charged investigators with the Center for Medical Progress, instead.

“He is equally shocked that they instead decided to indict the individuals that exposed Planned Parenthood's heinous and illegal activities,” Ross wrote. “As president, he will use the full weight of his office to not only cut off all federal funding for this organization, but also prosecute them for crimes against the unborn.”

Carly Fiorina, the keynote speaker at the 2016 March for Life, told talk show host Hugh Hewitt this morning that the case against CMP lead investigator David Daleiden undoubtedly is less certain than the one against the abortion industry.

“I’m not going to sit down and be quiet as I said at the March for Life,” she added.

Senator Marco Rubio told CNN Monday night that he was “disturbed that while Planned Parenthood, who are the ones that were actually selling off these [body] parts were found having done nothing wrong, the people who tried to expose them are the ones that are now facing criminal charges.”

Its a sick day in America when our govnt punishes those who expose evil w/ a cellphone—yet accommodates those who perform it with a scalpel.

All four presidential hopefuls have promised to defund Planned Parenthood if elected. Gov. Huckabee has also said he would proceed with the understanding that the constitutional right to life is protected under the Fifth and Fourteenth Amendments.

Daleiden and an associate, Sandra Merritt, are facing up to 20 years in prison on a felony charge of tampering with a governmental record, in addition to a misdemeanor count of attempting to purchase human organs as part of their three-year-long sting.