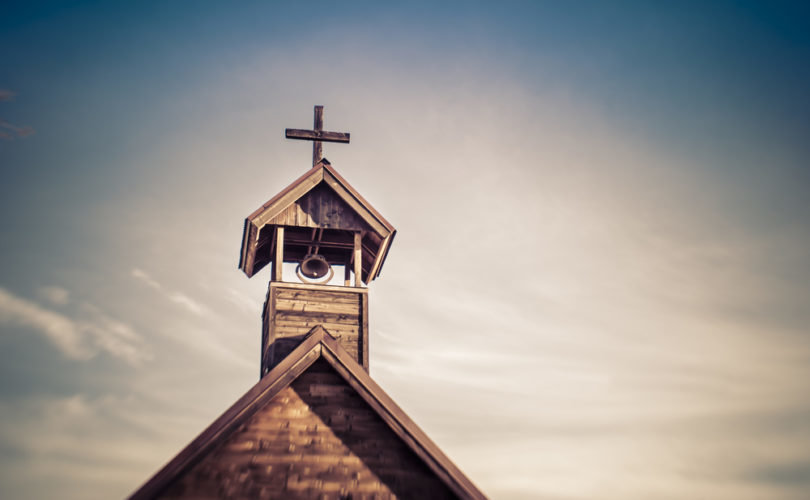 As part of a backlash against what some have called “the devaluing of America,” more Americans support churches having a greater role in political and cultural issues.

In a new survey published on Monday, Pew Research found that 49 percent of Americans “say churches and other houses of worship should express their views on social and political issues.” This is an increase from 43 percent in 2010. Nearly three-quarters of Americans (72 percent) think religion has less influence on society, an increase of five percent since 2010.

Pew found that 54 percent of religiously affiliated Americans are supportive of churches expressing views on politics and public policy, an increase from 45 percent in 2010. Likewise, 48 percent of religiously affiliated Americans believe there is “too little” religious talk in the nation, compared with 41 percent four years ago. And 35 percent believe churches should endorse candidates – up by more than one-third since 2010.

The opinions of religiously unaffiliated were unchanged on the idea of churches expressing viewpoints and virtually the same when it come to whether there is “too little” talk of religion in the nation.

Surprisingly, 23 percent of unaffiliated Americans felt that churches should endorse candidates, a rise of eight percent from 2010.

While the opinions of Democrats and the “religiously unaffiliated” were consistent with its 2010 survey results related to the role of religion in public life, Americans with religious affiliations are far more likely to support active participation in public life by pastors and other religious leaders.

According to Greg Scott, vice president of media communications for the Alliance Defending Freedom, “there should be no partisan divide over free speech and freedom from government censorship and coercion. Every American who understands the basis upon which this country was founded should support even greater freedom and more participation by citizens in public life.”

Scott, whose organization has fought against IRS laws restricting pastoral freedom of speech, also said that “the poll asked a good question, but the wrong question.” Scott says the real question is, “Do Americans support surrendering their own free speech rights – or handing a pastor’s over – to the IRS? Should the IRS have the power to restrict free speech and punish citizens for the mere exercise of those free speech rights?”

In an op-ed, Catholic League president Bill Donahue said that “the study's most salient finding” may be that 42 percent of evangelical Protestants and 18 percent of Catholics say that “it has become more difficult to be a member of their religious group in recent years.” Conversely, notes Donahue, 31 percent of those with no religious affiliation said it had become easier to hold their position, while only eight percent said it was harder.

According to Donahue, “it is up to the clergy, and lay activists in religious circles, to embolden the faithful.” With less religious influence, says Donahue, “everyone loses.”