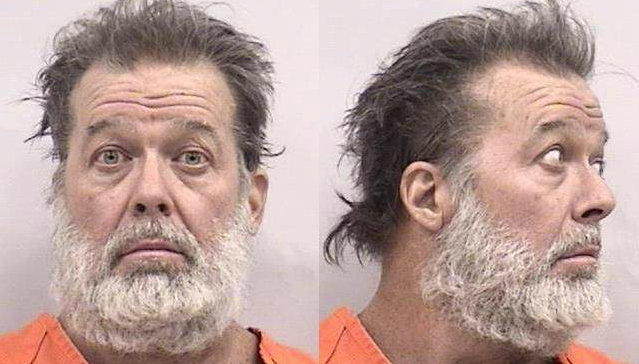 Nov. 28, 2015 (LifeSiteNews) – The picture emerging of Robert Lewis Dear, the man who allegedly opened fire at a Planned Parenthood facility Friday, is one of a deeply troubled, paranoid recluse with a history of run-ins with the law and bizarre behavior that left some those who encountered him fearful for their safety and many convinced that he wasn't sane.

On Saturday morning Colorado Springs police identified the suspect in the shooting as Robert Lewis Dear, 57, of North Carolina.

Dear allegedly began shooting outside the Planned Parenthood facility just before noon, Mountain Time, Friday, before retreating into the facility.

By the end of Dear's five-hour-plus rampage, one police officer was dead, as well as two other civilians. Another four officers and five civilians were injured, but are reportedly in good condition.

The New York Daily News reports that an online dating profile that appears to have been posted by Dear in the early 2000s has Dear asking for “discreet” sadomasochistic sex, as well as pot-smoking companions. Other posts on Cannabis.com by someone with a username associated with Dear, include what the Daily News describes as “paranoid Biblical rants.”

Heavy.com reports that Dear was arrested and charged in 2002 on charges of “animal cruelty,” eavesdropping and “peeping tom” charges. He was acquitted of the animal cruelty charges, and the latter charges were dismissed.

He also has numerous previous convictions for various traffic violations. These include seat belt violations, driver’s license violations, operating a vehicle in an unsafe mechanical condition and driving a non-registered vehicle.

The Gateway Pundit also reports that, bizarrely, Dear was registered to vote as a woman, although it is unclear whether this is simply a clerical error or has any deeper significance.

ABC reports that Dear spent some of his time living in a cabin in the woods in North Carolina, without running water or electricity. Neighbors say he was a quiet man who seemed “off.” They said that when he did speak, he tended to ramble on a disconnected series of topics.

One neighbor, James Russell,  said that two topics they never heard Dear speak about were either religion or abortion. Russell also said that Dear tended to avoid eye contact.

James Howie, who lived close to one of Dear's remote properties in North Carolina, told USA Today that Dear once asked him to do some foundation work on his shack. After accompanying Dear to the job site, Howie declined the job. “I was just glad to get home,” he said about the experience, adding that in his view Dear seemed crazy.

Another neighbor told the Washington Post that Dear “was the kind of person you had to watch out for. He was a very weird individual. It's hard to explain, but he had a weird look in his eye most of the time.”

Another neighbor said that she and her family “kept out of his way.” “He wouldn't really speak to anybody, he wouldn't wave,” Mallory Nicoletti, 29, told theCitizen-Times.

John Hood, another neighbor, told NBCNews that Dear rarely spoke with him, but when he did, it was to offer bizarre advice. On one occasion, said Hood, Dear urged him to get a metal roof installed on his house, so the government couldn't spy on him. Hood also said he erected a fence between their properties, because Dear had a habit of skinny dipping.

One anonymous source, reportedly with the police, told the Washington Post that in a confusing rant following his arrest Dear did make mention of “baby body parts,” suggesting some connection with the recent series of undercover videos showing Planned Parenthood staffers harvesting and selling the body parts of aborted babies. However, the source added that this was but one topic among many mentioned by Dear in a speech that left investigators unclear as to his specific motivation.

Planned Parenthood has issued a statement saying that they believe Dear “was motivated by opposition to safe and legal abortion.”

Dear's ex-wife, Pamela Ross, told the New York Times was a Bible-believing Christian, and that he opposed abortion, but that it “was never really a topic of conversation” in their house.

Ross and Dear divorced in 2000. The picture that Ross paints of her ex-husband as a physically healthy man who lifted weights, took good care of himself, enjoyed listening to U2 and riding motorcycles, clashes markedly with the accounts of those who lived near him in the years since their parting.

Ross said she was shocked at the man she saw on TV following his arrest this weekend. However, Ross also admits that she did call police in 1997 to report an instance when Dear assaulted her. She didn't press charges at the time, but said she simply “wanted something on record.”

“Something must have happened to him when he moved away, that’s all I know,” she said. “Me and our whole family are extremely devastated and heartbroken by the victims of these families, and we have no words that can ever comfort them other than to say we’re sorry for what he did.”

Dear reportedly brought several “items” with him into the Planned Parenthood facility, which police had said they were concerned could be explosives. Early Saturday morning police tweeted that those items have been “secured” and are “no longer a threat.”

Reports have suggested that those items may have included propane tanks. After a five-hour standoff with police, during which Dear repeatedly exchanged gunfire with them, police were able to establish voice contact with the suspect by shouting. At that point they were able to convince him to surrender.

While some reports have indicated that the shooting actually began outside a nearby Chase Bank, and may have been related to a robbery, Springfield police spokeswoman Lt. Catherine Buckley said at a press conference Friday evening that the shooting appears to have begun at the Planned Parenthood.

While Dear's motive is still unknown, pro-life groups have issued statements condemning the violence, and urging caution in jumping to conclusions about the reasons for the shooting.

“Information is very sketchy about the currently active shooting situation in Colorado Springs,” said Fr. Frank Pavone of Priests for Life. “The Planned Parenthood was the address given in the initial call to the police, but we still do not know what connection, if any, the shooting has to do with Planned Parenthood or abortion.”