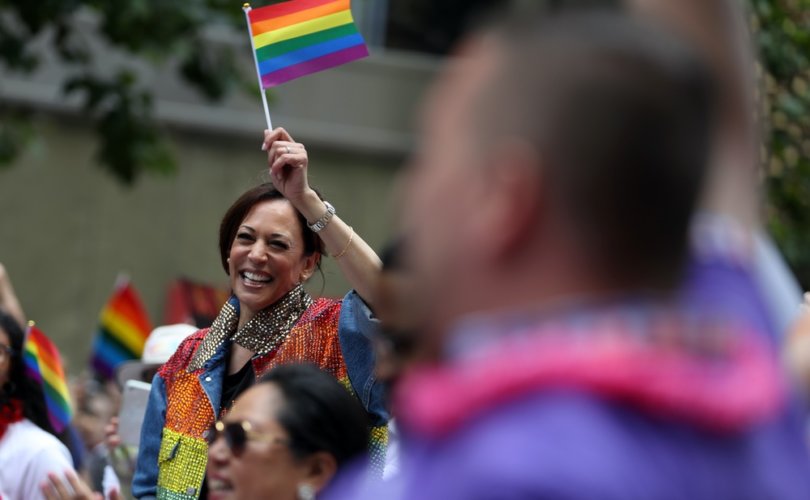 WASHINGTON, D.C., November 4, 2020 (LifeSiteNews) – How did the pro-abortion Democrat Party, which boasts numerous “Catholic” members including presidential candidate Joe Biden, turn into one of the most anti-Catholic organizations in the country?

In a new essay at The Federalist, Christopher Bedford points the finger at the Catholic Church: “Through 2020’s disease, uncertainty, government power over religion, and attacks on saints and churches, our bishops have chosen the path of secular popularity.”

Biden, for example, is “pro-late-term abortion, pro-child sex-change, pro-gay marriage, pro-contraception,” Bedford wrote, all in direct contradiction to Church teaching, and “Biden chose Sen. Kamala Harris as his running mate, despite her claim that membership in a Catholic organization is a disqualifier from becoming a federal judge.”

Yet, America is at a stage in history where there are “more Catholics in public service, but less Catholic influence over public life, than ever before.” Long gone are the days of a Democratic pro-life Bob Casey or young Ted Kennedy.

Today, the Catholic bishops in this country “dared not utter a word of criticism” against Biden, and some even supported him. Some tried to silence those who did speak out against Biden, as was the case with Father James Altman.

Many people trace the beginning of the bishops skirting “their role in public life, leaving the faithful to fend for themselves,” to September 1960. That was when Senator John F. Kennedy now famously spoke to a group of Protestant ministers and said that “no man of God” will advise his actions on issues as varied as public funding for Catholic schools, birth control, divorce, censorship, gambling, etc.

Bedford argued that Kennedy’s speech “went a long way toward ingratiating American Catholics into elite society acceptance,” but that Kennedy “achieved this not by embracing his faith, but by shedding it.” Few, if any, bishops spoke out at that time. Perhaps their desire to see the first Catholic become president was too much of a temptation for them to resist.

Bedford quoted Pope Benedict XVI, who said, “The church is not a political power. It’s not a party, but a moral power.” The bishops, for the most part, are unwilling to assert that moral power, especially regarding this presidential election. Bedford concluded:

Kennedy said he believes “in an America… where there is no Catholic vote, no anti-Catholic vote.” With the willing assistance of the bishops, he got his first wish. Now, through their folly, the bishops have ensured they’ll have no say against the second.