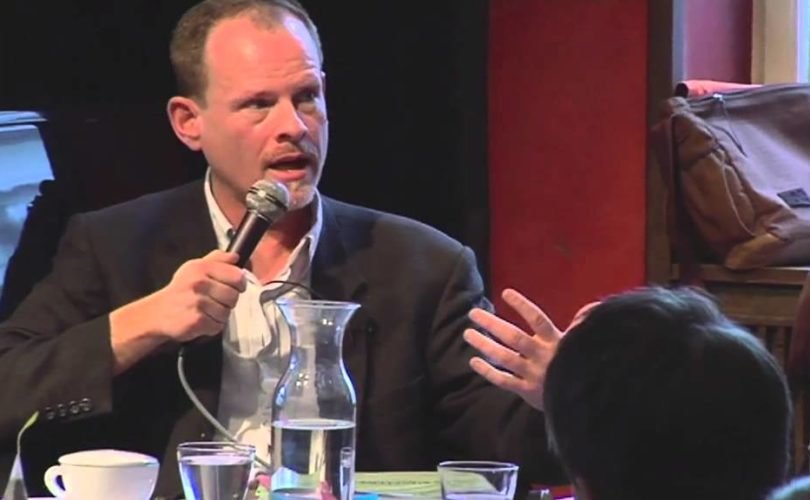 Christian Graugaard says he doesn't want sex education to 'be boring and technical, where you roll a condom onto a cucumber.'

Studies show when a child or adolescent encounters internet pornography, it can have lasting negative or even traumatic effects on the child’s sense of security and sexuality, according to Dr. Jill Manning, a marriage and family therapist specializing in research and clinical work related to pornography and problematic sexual behavior.

Dr. Manning, told U.S. lawmakers that pornography “promotes the belief that superior sexual satisfaction is attainable without having affection for one’s partner, thereby reinforcing the commoditization of sex and the objectification of humans, and that children who have been exposed have an increased risk for developing sexual compulsions and addictive behavior.”

“Pornography devastates marriages, as husbands report to loving their spouses less due to the addiction,” she wrote, “and the wives of these users have deep psychological wounds, with feelings of betrayal, mistrust, and anger towards their partner, sometimes requiring clinical treatment for trauma.”

“Not only does it eliminate an affectionate family life,” she said, but “children can experience traumas related to encounters with their parents' pornographic material.”

“A study of adolescents revealed that viewing sexually explicit internet materials can significantly increase their uncertainties about sexuality, can lower their self-esteem, and bring about feelings of loneliness and depression,” Cleaver Ruse said.

Pornography is the silent ‘cancer’ of our time

The pointlessness of pornography
A warped worldview: another moral effect of pornography
How pornography works: It hijacks the male brain
Personalized pornography: the explosive growth of ‘sexting’ among teens