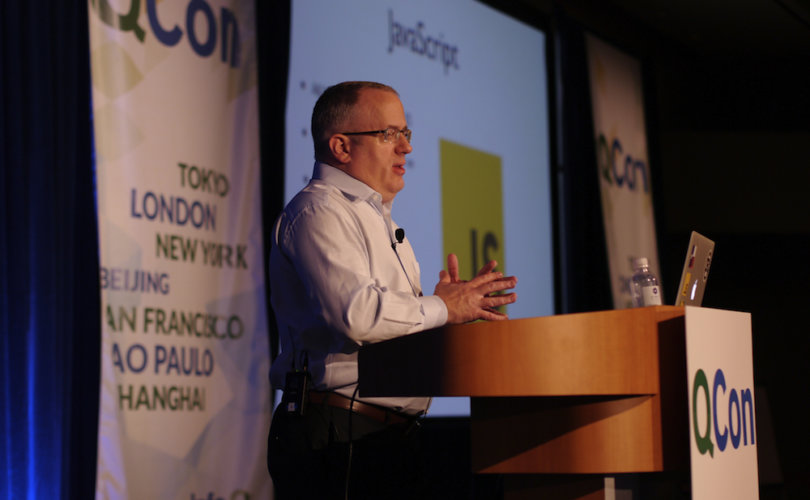 Brendan Eich, the creator of JavaScript, continues to lead the technological revolution with Brave, an innovative concept in Internet browsers.

After blowing away the competition (read: Microsoft's Internet Explorer) with the Internet browser Firefox, Eich has come up with Brave, a nearly ad-free, lightning-fast browser that eliminates intrusive ads as well as common but unwanted tracking tack-ons.

A tech legend for his JavaScript and Firefox contributions, Eich was betrayed by his contemporaries and forced out of business as CEO of Mozilla, the company behind Firefox, because he supported natural marriage.

When it was revealed in 2014 that Eich donated $1,000 to California’s Proposition 8 ballot proposal, which defined marriage as the union of one man and one woman, he was blackballed, even though Proposition 8 was supported by the majority of Californians and easily passed in 2008.

Eich was publicly shamed because he believed in natural marriage and family. He was openly called a racist, Nazi, and inhumane.

But the tenacious techie didn't give up. Without apology, Eich continued to innovate and ultimately came up with a whole new concept in web browsers: the ad-free, tracking-free, fast internet browser Brave.

In November 2015, Eich raised $2.5 million to create an advanced super-technical team.  By August 2016, the company had raised $4.5 million in seed money to launch the browser.

Brave is called an entirely new way to browse the web without being intrusively tracked, and without time-consuming download ads.

Internet users have increasingly been using ad blockers like AdBlock Plus to cut down on the ads that slow Internet browsers down. But even with ad blocker software, users still see a lot of ads because the blockers have special arrangements with major advertisers to let their ads through.

Even the ad industry has acknowledged it has “alienated” users with so many ads slowing down computers, causing users to wait an inordinate amount of time for basic searches and information.

The Internet Advertising Bureau (IAB), which represents 650 organizations serving nearly 86 percent of all Internet advertisements, has admitted defeat to the ad-blocking software onslaught.

“We messed up,” IAB Vice President Scott Cunningham wrote. “As technologists tasked with delivering content and services to users, we lost track of the user experience.”

Internet analyst Al Hilwa told Forbes that Brave “recognizes the key fact that browsing has become truly onerous and ever slower, even as devices have become faster.” He pointed out that the “complex web of ad downloads” is far greater and more time-consuming than the website content itself.

In contrast to the Internet status quo, Eich’s new Brave blocks everything. It doesn’t load any of the advertising software code and also blocks tracking from the start.

Because of Eich’s history, Brave was opposed before it was officially launched. Major media websites took legal action to stop it, sending a cease and desist letter, claiming Brave was illegal because it blocked advertisements.

But Eich defended Brave, explaining that it does not replace the publisher's own ads.  “We do not tamper with any first-party publisher content, including native ads that do not use third-party tracking.”

“Brendan picked the name 'Brave' because we need users who will take a stand and fight back,” Corre told LifeSiteNews.  “We see third party ads and tracking as toxic, and we block that by default.”

To compensate websites and advertisers, Brave inserts non-obtrusive, non-obnoxious ads that do not track users. Revenue from the ads helps pay websites, ad networks, and users.

Brave's address bar even has a timer displaying how quickly a webpage loads.