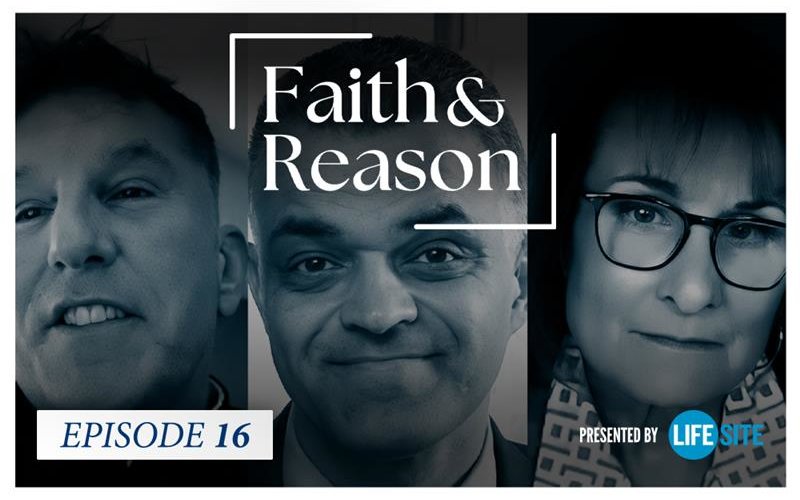 (LifeSiteNews) — This week, the Faith & Reason panel discusses Pope Francis’ appointment of pro-LGBT cardinals and rumors of a possible resignation, leftist threats against Catholic churches if the Supreme Court overturns Roe v. Wade, and the massacre of at least 50 Catholics at a Mass in Nigeria.

Francis’ appointment of such cardinals may be interpreted as an attempt to cement his legacy should he resign the papacy. Liz Yore compares it to Democratic threats to pack the U.S. Supreme Court.

“Rumors are rife at the Vatican that Pope Francis is retiring, and in many respects it appears that he is moving at lightning speed,” she says. “We know that policy is personnel, and the oldest trick in the political handbook is to pack the court. And it appears that he is packing the College of Cardinals with like-minded, I would argue, political ideologues.”

The Department of Homeland Security has also warned American bishops about the possibility of attacks on churches should the Supreme Court overturn Roe v. Wade. John-Henry asks Father James Altman how Catholic laypeople and priests should react if their churches are targeted with vandalism or Mass interruptions.

“We could get very, very easily … get discouraged because it seems like we’re losing on all fronts. And I know we keep saying, well, let us pray. We should pray. We should pray,” he says. “So don’t get discouraged, because it’s very easy to say to yourself, ‘Well, I prayed and then I didn’t get the answer and bad things still happened.’ No, no, not yet. The question is how much worse could it have been. So prayer is efficacious. Never not pray, no matter how bad it gets. Always pray because it is efficacious. Our Lord hears the cry of the poor and He will answer us in His time for his greater good.”

There’s much more in this week’s episode. Listen below or by clicking here.