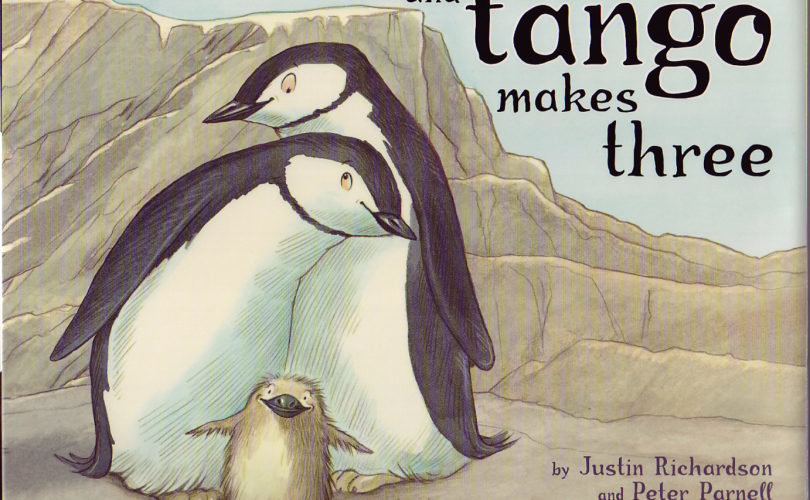 The National Library Board of Singapore pulled several homosexuality-endorsing children's books from library shelves last week after public complaints that the books did not reflect the board's official pro-family policies.

Complaints about two of the books were posted on social media by a group that also organizes opposition to Singapore's annual “Pink Dot” homosexual festival.

According to the Facebook page of “We are Against Pinkdot in Singapore,” Teo Kai Loon had e-mailed the library board to voice his concerns over two children’s books titled And Tango Makes Three and The White Swan Express.

The first book portrays two male penguins in a zoo that hatch and raise a young penguin. The second book revolves around adoption of Chinese children by Americans and features a single mother and a lesbian couple among its characters.

“I would like to assure you that NLB takes a strong pro-family stand in selecting books for children,” Tay replied to Teo.

“We take a cautious approach in identifying titles for our young visitors. Besides going through the contents, we also refer to synopses, reviews and other books written by the authors.”

“We have withdrawn the books Tango Makes Three and the White Swan Express following your feedback,” Tay stated.

She further explained that the NLB has over 5 million books and “it is an arduous task to ensure complete adherence of details in the books to our pro-family stand.”

“However, when library visitors like yourself highlight to us any conflicting content within books, we review such books thoroughly and withdraw them from circulation,” the chief librarian said.

Following the complaint and withdrawal of the two books, the library board pulled another book, titled Who's in my family, which failed to meet their pro-family standards.

Ms. Jasna Dhansukhlal, assistant director of Public Library Services, said during a press conference held at the children’s section of the Toa Payoh Public Library that despite petitions circulated by groups that reject the traditional definition of the family, the books will not be returned to library shelves.

She said the board’s pro-family stance “was in line with that of MOE [Ministry of Education] and MSF [Ministry of Social and Family Development].” She added that the withdrawn books will be recycled into pulp in accordance with the board’s policy.