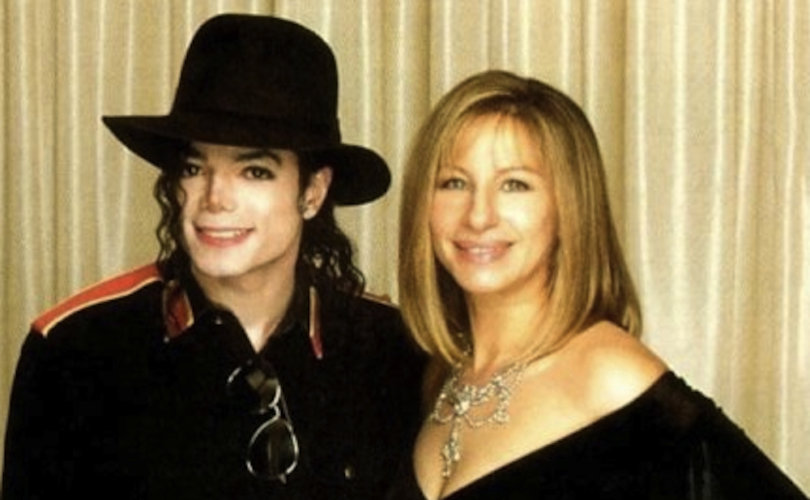 Streisand was interviewed by The Times of London after the release of “Leaving Neverland,” a documentary that delves into the private life of Jackson, whose songs and dance steps made him famous across the world for decades. The documentary features Jackson accusers Robson and Safechuck, who contend that the singer not only boosted their artistic careers but also subjected them to sexual abuse.

While Streisand said she believed the accusations against Jackson, who died 10 years ago, she asserted that their experience with the popular entertainer did not scar them permanently. Streisand said in a March 22 interview that Jackson’s “sexual needs were his sexual needs, coming from whatever childhood he has or whatever DNA he has.”

She told The Times, “You can say ‘molested,' but those children, as you heard say (the adult Robson and Safechuck), they were thrilled to be there. They both married and they both have children, so it didn’t kill them.”

Streisand also appeared to shift some of the blame on the parents who allowed Jackson’s intimacies with their children. “I feel bad for the children,” Streisand said. “I feel bad for him. I blame, I guess, the parents, who would allow their children to sleep with him. Why would Michael need these little children dressed like him and in the shoes and the dancing and the hats?”

Heroic and courageous @BarbraStreisand defends Innocent and Noble Michael Jackson because “his sexual needs were his sexual needs.” Is it possible to be any more of a morally degenerate than this Malibu fool? https://t.co/gmybAXzZRR

After criticism on Twitter and elsewhere for her remarks, Streisand subsequently released a statement saying she is “profoundly sorry” and feels “deep remorse” for her statements.

In a statement on Instagram, the Oscar-winning Streisand wrote, “To be crystal clear, there is no situation or circumstance where it is OK for the innocence of children to be taken advantage of by anyone.” She went on to write: “The stories these two young men shared were painful to hear, and I feel nothing but sympathy for them. The single most important role of being a parent is to protect their children. It’s clear that the parents of the two young men were also victimized and seduced by fame and fantasy.”

Streisand further apologized on Instagram. “I am profoundly sorry for any pain or misunderstanding I caused by not choosing my words more carefully about Michael Jackson and his victims, because the words as printed do not reflect my true feelings,” she wrote. “I didn’t mean to dismiss the trauma these boys experienced in any way. I feel deep remorse and hope James and Wade know that I truly respect and admire them for speaking their truth.”

In “Leaving Neverland,” Safechuck and Robson tell the camera about their relationship with Jackson, alleging that the singer sexually abused them at Neverland Ranch and at other residences in California.

Despite mounting criticism of her friend and former collaborator, Motown singer Diana Ross defended Jackson on Twitter, saying he was “incredible and magnificent.”

This is what’s on my heart this morning. I believe and trust that Michael Jackson was and is A magnificent incredible force to me and to many others.
STOP IN THE NAME OF LOVE