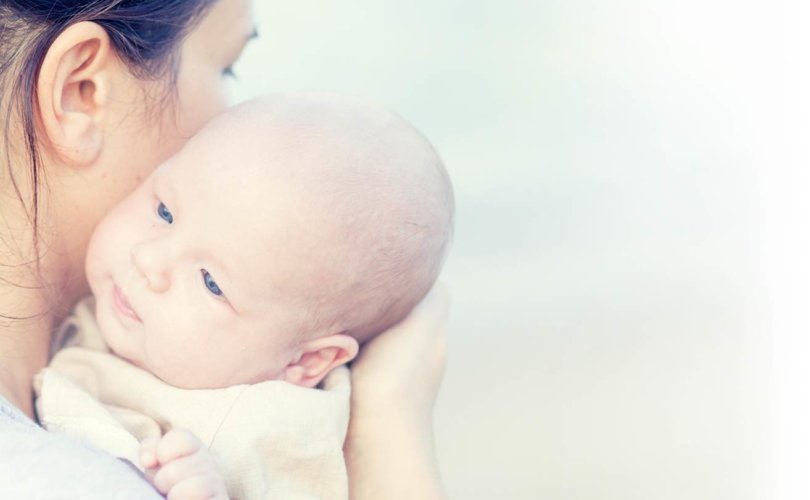 RAMONA, California (LifeSiteNews) – At a time of confusion, grief, and darkness, Lauren Long thought an abortion was her only way out of an unwanted pregnancy. Having gone through a divorce that left her life in pieces, and caring for two little girls, ages 5 and 2, she longed desperately for companionship and love.

“In my quest for ‘love’ and freedom I abused both and fell into a more profound crisis,” she said in an essay published last month in the San Diego Union-Tribune. “I found myself pregnant with a child I had no means to provide for with a man I hardly knew.”

Lauren was taking a full load of graduate level coursework for speech and language pathology at the time and working late nights at a restaurant to support her two girls. Not knowing how she could possibly keep it all up while having another child, she decided to have an abortion. However, God had other plans.

“I made at least four appointments to get an abortion,” she confessed. “Two were to get the abortion pill, and the other two were in-clinic abortions. But my financial situation was complicated, and I could not afford to follow through with any of these appointments. In retrospect, this was a blessing in disguise.”

Lauren then thought about giving up her child through adoption.

“I thought of one of my closest relationships, my cousin, who was a part of my life only because she had been adopted,” she explained. “I thought about the couples who ached to have a family: The men who hoped to leave a lasting legacy in a child and the women who yearned to be mothers experiencing tremendous grief because they could not.”

Ultimately, however, it was Lauren’s deep faith that strengthened her to choose life for her unborn baby.

“As a woman of deep faith, I knew God’s heart on the matter,” she wrote. “His Scripture is clear. One of my favorite verses is, ‘As you do not know what is the way of the wind, or how the bones grow in the womb of her who is with child, so you do not know the works of God who makes everything’ (Ecclesiastes 11:5). I trusted His works were more significant than what I knew at the moment.”

Lauren also wanted to set a good example for her little girls.

“I wanted my daughters to know that life holds immeasurable value, despite how I feel,” she wrote. “I wanted to show them that I could put my pride aside, endure temporary discomfort and do what was good and beautiful. I wanted to set a good example for them with my faith, integrity and wisdom.”

Lauren gave birth to a healthy boy and named him Gideon. She gave him to another couple on the day of his birth and sees him regularly through open adoption. Looking back on that day, Lauren says she sees now in women a reflection of the divine compassion: “I believe women reflect God’s compassion and ability to nourish and nurture. This belief was supported when Gideon was placed in the arms of his adoptive mother the night he was born.”

Deeply convinced that it was God’s grace that transformed her moment of crisis into a wonderful blessing, Lauren said she now works to help women in similar circumstances.

“These days I speak with women facing unwanted pregnancies, sharing with them my story and listening to theirs,” she wrote. “….With God’s grace, my birth son’s life helped lead me from my darkest valley into a life filled with redemptive light. Soli Deo gloria [Glory to God alone].”