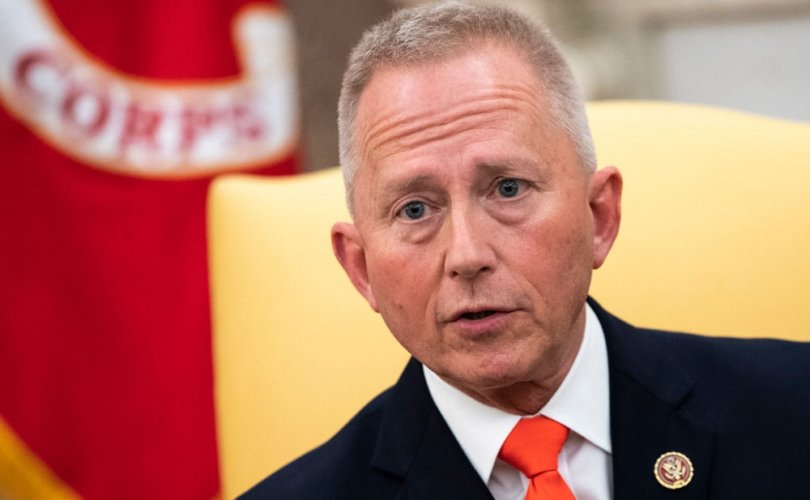 WASHINGTON, D.C., May 12, 2020 (LifeSiteNews) — Pro-abortion congressman Jeff Van Drew is the only Republican cosponsor of a bill that would grant $100 billion to entities engaging in contact tracing amid the coronavirus pandemic.

The bill, known as H.R. 6666, would authorize the secretary of the Department of Health and Human Services to “award grants to eligible entities to conduct diagnostic testing for COVID–19, to trace and monitor the contacts of infected individuals, and to support the quarantine of such contacts.”

Any funds would have to be used not for contact tracing directly, but “to hire, train, compensate, and pay the expenses of individuals,” as well as “to purchase personal protective equipment and other supplies.”

Already, states “are building armies of contact tracers,” as The Hill reported.

“Contact tracing,” according to The Hill, “is a pillar of basic public health, a critical element in battling infectious disease around the globe. The goal is to identify those who have been infected with a virus and those with whom the infected person has come into contact.”

California is trying “to build an army of 20,000 people to test, trace and isolate people who may have been infected.” The numbers in other states are smaller but not insignificant.

Tech giants Apple and Google had announced a way to do contact tracing digitally, raising some concerns about privacy.

“The software would silently keep track of people who’d been near someone who tested positive for the virus, prompting those contacts to be tested and quarantined if necessary,” WIRED explained.

Nevertheless, states and municipalities across the country “have looked carefully at cutting-edge contact-tracing solutions and largely said, ‘No thanks,’ or ‘Not now.’”

Instead, they continue to have men and women trace contacts the old-fashioned way. This is precisely the point.

Public health officers, WIRED emphasized, “are typically MDs and PhDs who aren’t dazzled by cool-looking software, especially if the pitch comes from people without public health backgrounds. They’re uncomfortable deploying untested technology during a pandemic, when glitches can cost lives.”

If signed into law, H.R. 6666 will appropriate $100 billion to support activities like contact tracing within the fiscal year 2020. However, the bill would also appropriate “such sums as may be necessary for each of fiscal year 2021 and any subsequent fiscal year during which the emergency period continues.”

Elected to the U.S. House of Representatives as a Democrat in New Jersey in 2018, Van Drew officially switched to the Republican Party in early 2020. His decision was made after disagreements with the vast majority of Democrats on impeaching President Donald Trump in 2019.

According to Vote Smart, Van Drew’s position on abortion is quite clear. He had written on his campaign website, “I’m strongly and unequivocally pro-choice: I support Roe v. Wade and a woman’s right to choose.”

“Any efforts to weaken or undermine that right will face my fierce opposition,” Van Drew said in 2018. (That statement has since disappeared from his campaign website.) “Proudly, I have consistently voted in the New Jersey State Legislature to support critical women’s healthcare funding that provides preventive health services, cancer screenings, and prenatal care for low-income women.”

However, as Politico reported in January, Van Drew signed “a GOP discharge petition … that would circumvent leadership and force a floor vote on anti-abortion legislation if it gets 218 signatures.”

Since then, his National Right to Life rating has increased to 17 percent. Planned Parenthood Action Fund has not yet come out with a new rating.