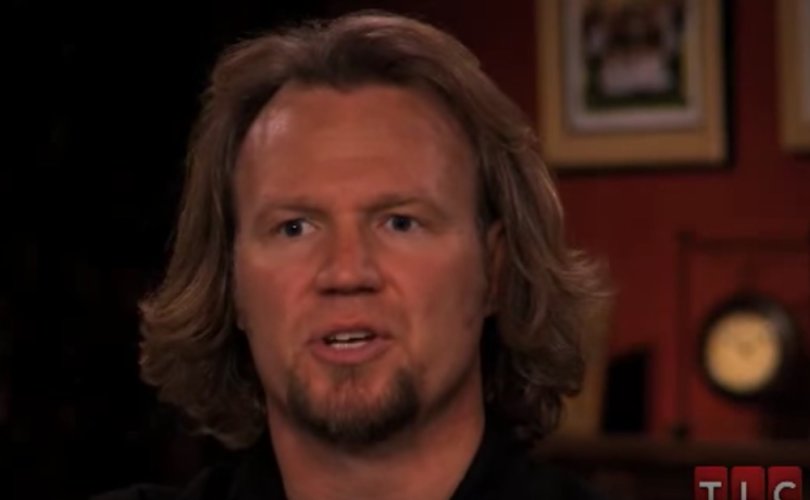 Kody Brown has asked the full Tenth U.S. Circuit Court of Appeals to hear his appeal, saying his polygamy is legal because he is legally married only to one of his wives, while the other marriages are “spiritual unions.”

In 2013, Brown won his initial suit and a judge struck down Utah's law against polygamy, making simultaneous multiple cohabitating “marriage” no longer a crime.  The Utah Attorney General appealed, and a three-judge panel from the Tenth Circuit Court agreed with the state and upheld the law.

That panel dismissed Brown's case, because they say he faces no “credible threat of prosecution” unless he engages in another crime, such as abuse.

In his case, Brown cited the Supreme Court ruling striking down the legal definition of marriage as exclusively the union of one man and one woman.

Supporters of natural marriage have long warned that opening the institution to members of the same sex could open the door for redefining other aspects of marriage, like the number of partners. Chief Justice John Roberts, for example, wrote in his dissent to Obergefell v. Hodges that the decision's logic “would apply with equal force to the claim of a fundamental right to plural marriage.”

Brown – who has 18 children with his four “wives” – cited the Obergefell and Lawrence v. Texas rulings in a legal brief, saying they do not allow the state to “punish those who choose to live in consensual but unpopular unions.”

That's why restoring the natural definition of marriage is vital to all Americans, Liberty Counsel's Mat Staver told LifeSiteNews.

“Polygamy hurts families, abuses women, and is not good for children,” Staver said.  “It is the reason why several states, including Utah, were required to abandon polygamy as a prerequisite to statehood.”

“Approving polygamy is a step toward the destruction of the family in America,” Staver warned.

Those who have been subjected to polygamy say the process scarred them for life. Marion Munn, who was in a polygamous marriage for 18 years, said, “The only way that I can explain it is like living with adultery on a daily basis, and having the woman come home.”

The director of the anti-polygamy group Sound Choices Coalition, Kristyn Decker, told Fox 13, “As an anti-social and unsustainable practice that fosters so many other associated abuses, polygamy should never be treated lightly.”