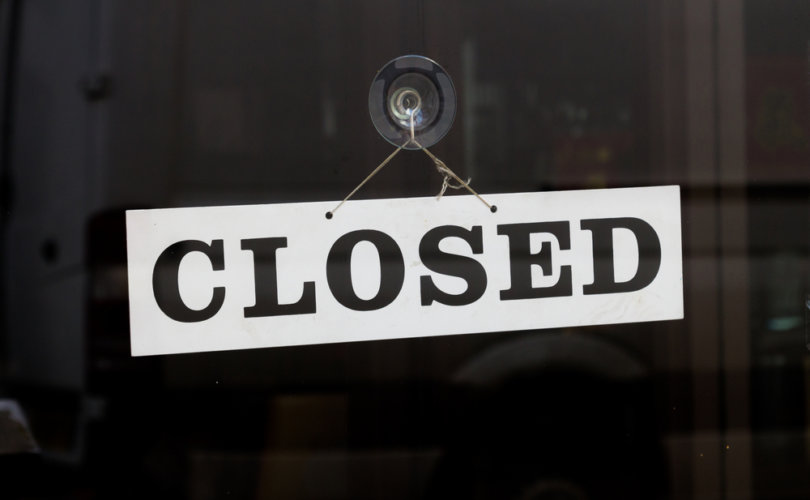 INDIANAPOLIS, Indiana, July 15, 2016 (LifeSiteNews) – Six Indiana Planned Parenthood facilities are set to close by the end of this year, beginning with its Muncie location shuttering today, and its Terre Haute facility next Friday, July 20.

In addition to Muncie and Terre Haute, the Valparaiso site will close July 21, according to the announcement; the Fishers location on July 26; Avon is closing August 30; and East Chicago will cease operations by December 15. The latter four sites are expected to merge with other PPINK locales “with extended hours,” whereas Muncie and Terre Haute will permanently close.

“While we would much prefer adding locations rather than reducing our number, we recognize that our patients will be better served if we introduce efficiencies that serve our mission best for the long term,” PPINK President Betty Cockrum stated. “As a nonprofit, we have a responsibility to our patients, our staff and our stakeholders to use our resources wisely.”

Cockrum attributed the closings to a dramatic drop in foot traffic through the abortion giant’s doors, WISH-TV8 reports, while also trying to maintain that Planned Parenthood is a necessary health care source for a certain segment of the population.

“It’s down from 107,000 patients at the very peak, a number of years ago to about 56,000 at this point,” said Cockrum. “It’s incredibly important that we be there and provide the services that we do. Because we serve a particular demographic and are often the only health care provider that our patients see.”

She said “advances in reproductive health care” have reduced the need for regular visits to the abortion provider.  She cited longer recommended time periods between pap tests for non-symptomatic women, long-acting reversible contraceptives (LARCs) and competition from so-called emergency contraception’s over the counter availability.

Local pro-life advocates said the Planned Parenthood closures demonstrate that it is driven by abortion and profit, pointing out that PPINK has yet to close any of its sites that performs abortions.

“Their centers that only refer for abortions simply don’t generate the profit that Planned Parenthood demands of its affiliates,” Indiana Right to Life President and CEO Mike Fichter said in a statement. “Planned Parenthood of Indiana and Kentucky has never closed a facility that does abortions. Abortions are their money-maker.”

The group responded after the Terre Haute closing was announced late last month, and told LifeSiteNews that the circumstances were the same now that PPINK has announced the closing of the other five other sites.

Just as with the Terre Haute facility, none of the other Planned Parenthood facilities that are slated to close by the end of 2016 perform abortions, instead simply referring clients to other locations.

He called attention to the abortion business’s sizable annual income of $15.7 million, stating, “If Planned Parenthood truly cared about the women they serve they would use their $15.7 annual revenue to keep their doors open in small communities around the state.”