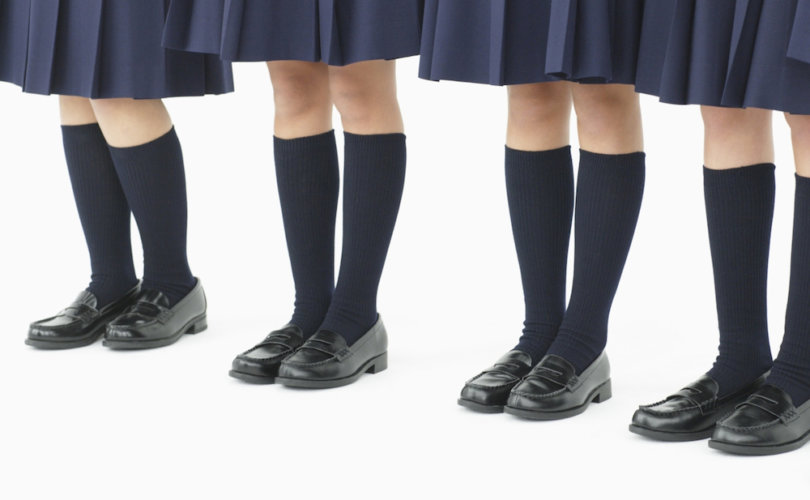 LONDON, England, May 16, 2017 (LifeSiteNews) — One of England’s most prestigious private schools is considering allowing boys to wear girls’ uniforms in the wake of student demands for so-called “gender neutrality.”

Highgate School’s principal, Adam Pettitt, told the Sunday Times that if the children are happier and more secure in who they are, it must be a good thing. “This generation is really questioning being binary in the way we look at things,” he said.

Highgate School was founded more than 400 years ago by a royal charter of Queen Elizabeth I. It first admitted girls in 2004. The primary school, middle school and high school include students between the ages of 3 and 18. Expressing pride in its Christian heritage, Highgate is “equally proud … of welcoming pupils, teachers, and support staff from other faiths or none.” Fees are between £5, 880 ($7,579 US) and £6, 790 ($8,752 US) a term. Famous alumni include the priest-poet Gerard Manley Hopkins, S.J.

The school, which already has a cross-dressing male student, accedes to requests by students to be called by opposite-gender names. Also in London, St. Paul’s Girls School made headlines in February when it decided to allow its pupils to use boys’ names and wear boys’ clothes.  Girls age 16 and over may apply for a formal process after which they will be acknowledged as boys or gender-neutral. They will nevertheless be permitted to stay on at the school.

Why does my child feel this way?

The United Kingdom’s publically-funded National Health Service has eight Gender Identity Clinics, including one for children, and an online Gender Identity Development Service.

Established in 1989, the GIDS is a clinic for young people “presenting with difficulties with their gender identity.” To the question, “Why does my child feel this way?” it responds,  “The honest answer is we do not know exactly why any particular child or young person develops cross-gender or gender variant feelings or behavior. Nor can we pinpoint why any one individual might develop a transgender identity.” However, the GIDS claims it knows “that how people express or experience their gender, and how people respond to gender non-conformity, is linked to the culture and the time in which they live.”

“There is no single explanation for the increase in referral figures,” said GIDS director Dr. Polly Carmichael, “but we do know in recent years that there has been significant progress towards the acceptance and recognition of transgender and gender diverse people in our society. There is also greater knowledge about specialist gender clinics and the pathways into them, and an increased awareness of the possibilities around physical treatments for younger adolescents.”