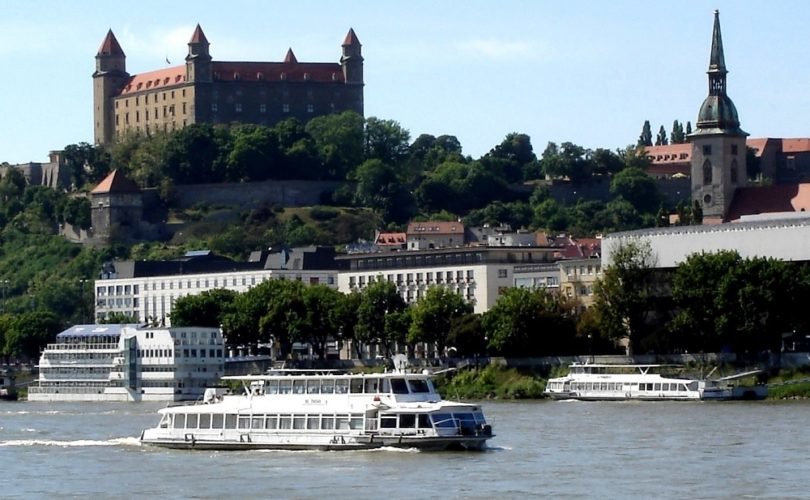 BRATISLAVA, Slovakia, January 28, 2016 (LifeSiteNews) – The socialist government of Slovakia has dropped its National Action Plan for advancing the LGBT agenda in the predominantly Roman Catholic country, according to a gay rights advocacy group funded by the European Union.

The retreat is a victory for the Alliance for the Family (AZR), a coalition of church and civil organizations that has opposed the Social Democratic government's efforts to develop a National Action Plan for LGBT rights to please the European Union.

According to ILGA (International Lesbian, Gay, Bisexual, Trans and Intersex Association) Europe, “The Slovak government abandoned its plan to adopt a National Action Plan on LGBTI Equality, stating it should be a matter for the next government.” ILGA pronounced itself “very disappointed and dismayed” at the Jan. 13 announcement.

The next parliamentary elections are set for March.

Four years into the drafting by the usual coalition of bureaucrats and operatives from pro-LGBT human rights organizations funded by the European Union and American philanthropists, the draft plan was unveiled for public feedback in October, followed by a seminar in Bratislava in November transmitted live via podcast throughout the country.

The Action Plan declared: “Gays and lesbians, as well as bisexuals and transgenders, have for centuries been exposed to homophobia, transphobia and other forms of hatred and discrimination. There is a need for particular measures … to eliminate their criminalization, marginalization, social exclusion and violence based on sexual orientation or gender identity.”

Conservatives feared that the government wanted legal recognition of homosexual partnerships followed by adoption rights. “We're not against human rights protection and promotion,” AZR vice chair Anna Veresova told the news media in the fall. “But we know that the pressure from lobbyists won't stop with registered partnerships but will always continue on to marriage, children's adoption by same-sex couples and penalties for speaking one's mind.”

ILGA's web page quotes Katrin Hugendubel, its “advocacy director”: “Slovakia has [a] very poor track record on LGBTI equality and currently is on 22nd place among 28 EU countries on our Rainbow Europe map.”

The Slovakian National Council (its parliament) has resisted in 2014 the usual pressure from the European Union to normalize LGBT relations by defining marriage as the union of a man and a woman in the constitution.

But last year, the AZR's referendum rejecting the gay agenda failed to reach the required threshold of 50% of all eligible voters to put its measures in the constitution (the turnout was just over 21%). It still showed overwhelming opposition to redefining marriage, same-sex adoption, and sex education against parents' wishes, with 90% against each of the three.

Agenda Europe, a conservative Christian news agency, argued that the low turnout was at least partly caused by the refusal of the country's news media to run messaging from the church-led coalition behind the referendum.

Agenda Europe predicts that if the Social Democrats are replaced by a conservative coalition, “a change of government [will] further decrease the risk of any homo-privilege action plan being adopted.” Left unsaid is the conclusion reached by the SDs: their chances of re-election could only be diminished by pushing homosexual agenda items in the run-up to the election.

Homosexuals are protected from discrimination in employment and housing, but same-sex relationships are not considered marriages, nor are same-sex unions are recognized in law. Parenting by two members of the same sex, be it by adoption, in vitro fertilization, or surrogacy, is not allowed.