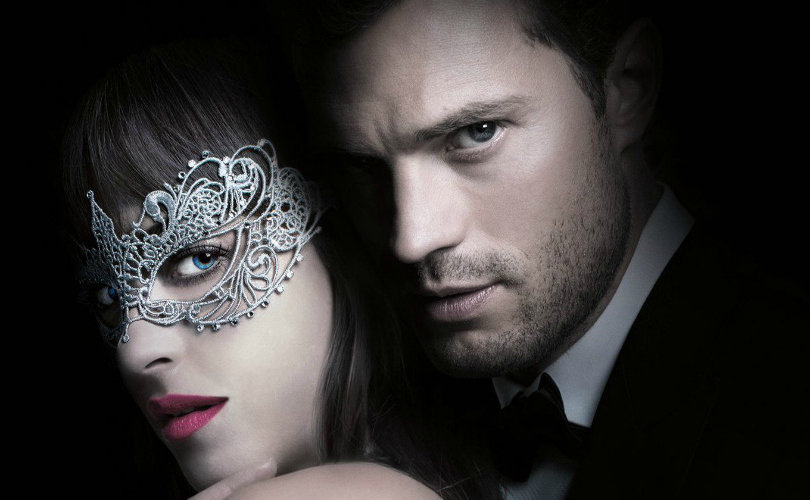 February 13, 2017 (LifeSiteNews) — The family-friendly “LEGO Batman” beat “Fifty Shades Darker” at the box office this past weekend, earning $55.6 million in sales compared with $46.8 million for the S&M-themed, soft-pornographic sequel to the 2015 movie “Fifty Shades of Grey.”

The original 2015 “Fifty Shades” movie took in $85.2 million during its debut weekend and went on to become the fourth largest grossing R-rated movie of all time ($571 million worldwide). Jamie Dornan and Dakota Johnson return as Christian Grey and Anastasia Steele, respectively.

Although ticket sales were down on opening weekend, the R-rated “Fifty Shades Darker” is helping sadomasochism activists in their ongoing media campaign to “mainstream” extreme sexual deviance in the United States.

In 2015, LifeSiteNews launched a petition (no longer taking signatures) calling for a boycott of the original “Fifty Shades” movie. A series of articles and blog reviews explained how its co-stars were disgusted at times while making the film, the dangers of romanticizing sexual misbehavior that is inherently misogynistic and abusive, the “three most dangerous lies” promoted by “Fifty Shades,” and why it appeals to so many women, among other troubling aspects of the film.

The original movie, based on the mega-selling book series by British author E.L. James, was described as “female-oriented” pornography by one critic who said its popularity is another sign of Americans’ “loss of shame.”

“A culture that is determined to reduce all sexual morality to the issue of adult consent is now ready to eat popcorn while watching the corruption of the gift of sex and, in effect, granting approval to the vision of sexuality that is the film’s very essence,” Albert Mohler wrote.

The “Shades” movies have a built-in fan base from the books of mostly women, despite the celebration of behaviors that have, in Mohler’s words, “historically been defined as perverse and abusive.” Sales for James’ book series topped 100 million.

Secular media film critics, who are typically tolerant of sexual immorality and nudity in movies, have panned “Fifty Shades Darker.” (Some complained that there wasn’t enough deviant sex shown in the film.)

Has even the target audience for this junk finally had enough,” wrote Rex Reed of the New York Observer.

“Fifty Shades Darker’s” Rotten Tomatoes score has crept up to a dismal 9 percent, reflecting critics’ overwhelming rejection of the film.

“It's the Bat-spoof we didn't know we needed and it gives Batman a chance to loosen up,“ writes review Adam Graham of The Detroit News.

“[T]his may be one of the very best films based on the DC Comics universe,” writes Daniel Kimmel of New England Movies Weekly.

Such tactics were honed in the “gay rights” revolution: for example, the first TV show that “mainstreamed” homosexuality was the 1970s comedy “Soap,” with Billy Crystal playing Jodie, the first-ever proudly “gay” character in major TV. Jodie was funny and stereotypical and, like the show’s creators, quite serious about advancing the pro-homosexual “rights” agenda.

The following anecdotes about what can result from “consensual” “rough sex” are from the original Cosmopolitan article:

Earlier in the article, a South Carolina “kinkster” named “Sally” describes how “I fell while being untied from a suspension bondage scene and hit the edge of a table.” Sally “broke a rib,” but “I didn’t seek treatment because I was embarrassed to tell them how it happened.”

In the first “Shades of Grey” movie, the main female character Anastasia leaves her boyfriend Christian after he “punishes” her violently for sexual gratification.