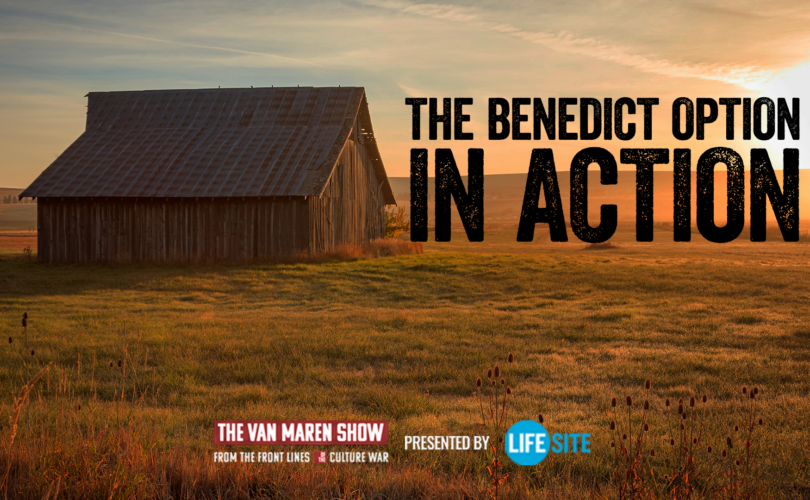 January 27, 2021 (LifeSiteNews) – Ever since the publication of Rod Dreher’s book ‘The Benedict Option,” Christians across the United States have been debating its merits — whether it’s feasible or not, whether it’s something that can actually be implemented.

Reverend Douglas Wilson, a pastor and theologian at Christ Church in Moscow, Idaho, seems to have found an effective way at creating what might well be viewed as a sort of Benedict Option community, though he himself says we need something much stronger, a “Boniface Option” that is “more confrontational” towards those who want to destroy Christian civilization.

Wilson spoke with Canadian pro-life activist Jonathon van Maren on The Van Maren Show today about the 20,000 person town he has helped grow in Idaho. Wilson says that the key to expanding and sustaining the community has been the controlling of the “institutions” in the area — businesses and schools, and not just the church.

“The great commission is explicit in telling us to disciple the nations,” he said. “That means every local Christian body should be responsible for discipling the area around them. So a Christian church in a small town should be thinking about evangelizing that town, making it a Christian town.”

Wilson is not naive about the effect he is having. Nor is he ignorant of the fact that the left has its sites set on communities like his.

Wilson said that in order to defend yourself in these types of communities, you need to be politically savvy.

“One of the things you want to do is when they come after you, you want a sizable number of people … that means that when they come after us, there's going to be a significant number of us who know what the issues are and if somebody gets arrested there will be lots of cameras … we've gotten to the point where taking us on would be formidable.”

Wilson said that he and his community are building for the future by retaining young people who are raised in the area and by ensuring that those who live there become an essential part of it.

“We've had numerous people move here…we're starting to feel like a refugee camp here [in a good way].”