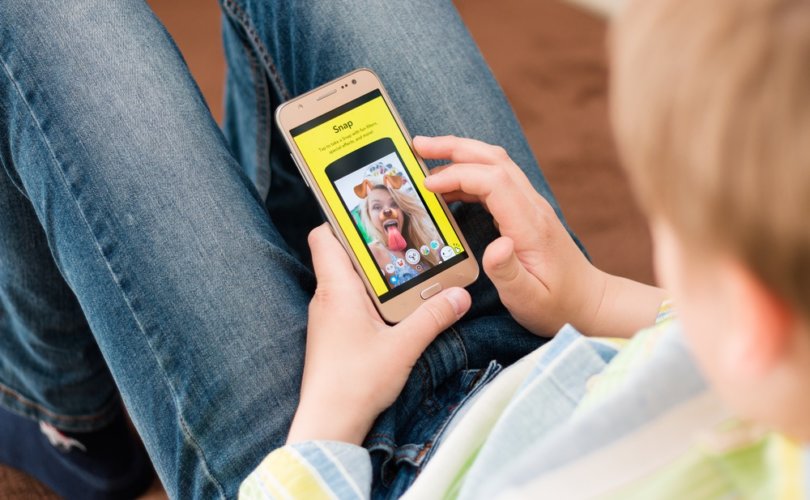 July 26, 2018 (LifeSiteNews) – The UK-based website PinkNews is Snapchat’s “first LGBT partner,” meaning the pro-gay news site’s channel will appear in the app’s “Discover” section, accessible to children and teens alongside outlets like Cosmopolitan.

PinkNews is “now read by more people than any other LGBT+ media in the US or the UK,” it says.

Snapchat, which allows users sending photos and videos that disappear after being opened and post to their “story” photos and videos that are visible to friends for 24 hours, has become an increasingly popular social media platform for millennials and the younger “Generation Z.” The addition of PinkNews will not be much of a significant change, as the Discover section already features content from a number of media outlets, most of which lean considerably left and often are sexually explicit.

On Thursday, a story from PinkNews available on Snapchat was about the 10-year-old drag queen “Desmond is Amazing.”

“While Snapchat has made some minor improvements to allow Discover publishers to age-gate content, Snapchat still does not allow users to opt-out of sexually graphic content,” the Center says.

“A lawsuit filed in California in 2016 cited some of the offensive Snapchat Discover content including ‘people share their secret rules for sex’ and ‘10 things he thinks when he can't make you orgasm,’” verywellfamily.com reports. “Not many parents would be comfortable with their tweens and teens having immediate access to articles like these.”

ProtectYoungMinds.com monitored the Discover feature for a week, warning parents that some of the stories that appeared were about “sex moves for each zodiac sign,” “[touted] the benefits of having a sexually open relationship,” and “an article describing the most explicit gay male sex scene that will be shown in a movie this year.”

Others were about oral sex, an androgynous band, and genitalia.