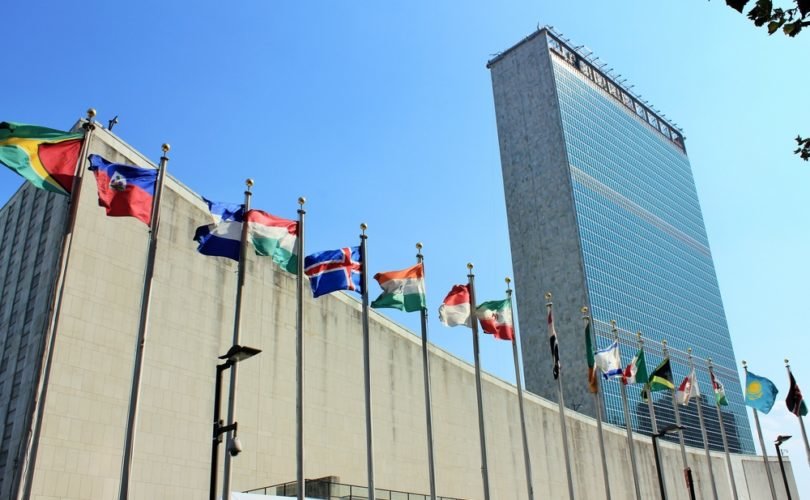 March 23, 2015 (C-Fam.org) — A new strategy to manufacture international abortion rights failed at UN headquarters last week as thousands of delegates and women’s advocates gathered on the 20th anniversary of a landmark UN agreement on women.

Abortion groups and their supporters at the UN had hoped to pass a resolution to transform an annual UN women’s commission in ways that would increase their influence.

A Swiss delegate who led the negotiations first presented a draft resolution on the working methods of the Commission on the Status of Women (CSW) last month. She said it simply “mainstreamed” previous resolutions. But delegates were in for a surprise.

The proposed draft declared CSW to be a “norm-setting” body, something that has never been contemplated previously. Out of 193 UN member states, only 45 are members of CSW, and can only recommend policies to the wider membership. A delegate described the tactics used during negotiations as “sneaky.”

Since 1996 CSW has been charged with the “follow-up and review” of the 1995 Beijing Women’s Conference. This is done through general debates and panel discussions—a familiar format where each country can present what they are doing to fulfill their political promises.

The draft proposed by Switzerland would have changed the follow-up and review and made it more like a peer review mechanism where any of the CSW members, as well as non-governmental organizations, could comment and make recommendations on how individual countries should implement CSW resolutions.

Powerful and resourceful countries use such procedures in the UN system to pressure countries to legalize abortion, and to promote the notion of sexual orientation and gender identity as a ground of discrimination in international law.

The expanded role for non-governmental organizations envisioned by the Swiss facilitators went beyond any previous UN agreement. Despite many calls to delete it from the resolution, the facilitator insisted until Tuesday night that a select representation of groups be allowed to directly participate in negotiations.

Far from creating transparency and democratic legitimacy, it would have multiplied the voices of powerful countries that promote abortion and subsidize organizations that merely echo their positions at the United Nations.

Abortion is not a human right, and global political consensus deems it a subject to be dealt with in national legislation. For abortion groups, changing this political consensus is the first necessary step toward establishing abortion as an international right. This has proven impossible among the whole 193 members of the General Assembly, and abortion proponents have been trying to move things along in the commission, with a smaller representation and limited mandate.

The commission adopted the resolution on how it will carry out its work for possibly the next decade today, without the novelties from the Swiss draft.