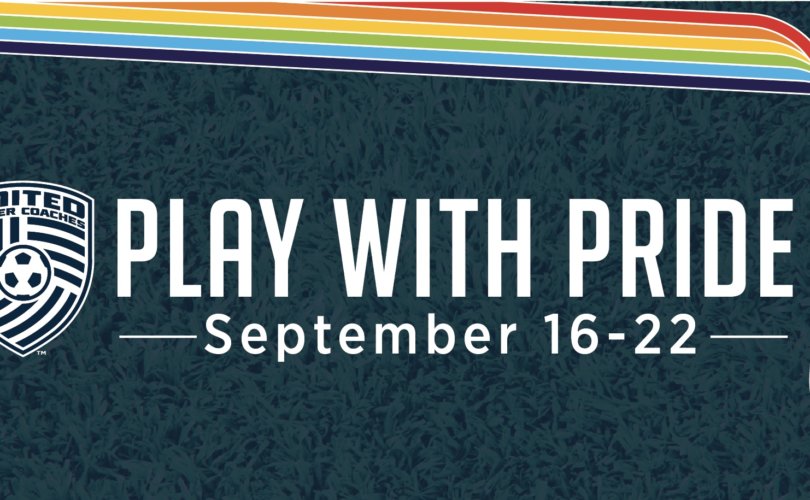 For the third year in a row, United Soccer Coaches is promoting a homosexual agenda on the playing field.

On its website, the group stated, “Teams across the country can show their support for athletes and coaches in the LGBTQ+ community by wearing rainbow laces. Laces are available upon request for all United Soccer Coaches members at the club, high school or collegiate level.”

The group also encourages players to post comments on social media to share their participation in the LGBT event.

According to the USC website, September 16-22, 2019, will mark the annual Rainbow Laces Week, which is also known as #PlayWithPride and promoted by the United Soccer Coaches LGBT & Allies Advocacy Group. The website offers LGBT rainbow laces free of charge and calls on young people to wear LGBT rainbow laces on their cleats that week.

Jennifer Bryson, the founder of LetAllPlay.org, denounced the effort, saying that pushing a political viewpoint does not belong on athletic fields and also violates the stated policy of FIFA, the international federation that has jurisdiction over professional soccer. As cited at the LetAllPlay.org website, FIFA’s “Laws of the Game” state that “equipment must not have any political, religious or personal slogans, statements or images.” The website notes that the definition of “equipment” in the laws includes players’ shoes.

“Not everyone agrees with the causes represented by the LGBT rainbow,” Bryson stated on her website, in a reference to the multi-hued symbol that represents the homosexual agenda.

In an email response to LifeSiteNews, Bryson wrote, ”Parents and others who are concerned should complain to the United Soccer Coaches organization. If no one voices opposition, LGBT advocates will keep expanding their use of soccer and other sports as platforms to promote their agenda.”

Reiterating her position that sports should be free of politics, Bryson wrote, “The LGBT agenda does not belong in sports. Keep sports for sports, keep politics out.”

She called on parents to object to Play With Pride week and similar campaigns are about “inclusion.”

“This claim is false,” she wrote, adding, “These LGBT promotion efforts in sports and other areas of our society explicitly exclude those who disagree.”

LetAllPlay.org aims to ride sports of politics. Those who agree with her can sign an international petition to FIFA that asks the worldwide soccer governing body to enforce its rules regarding political symbols, such as the LGBT rainbow, on uniforms and equipment.

We're one week out from the 3rd Annual #PlayWithPride Week! New this year, the LGBT & Allies Advocacy Group will be recognizing a “Proudest Program” for the team with the most creative videos or photos around the event. You must use #PlayWithPride and tag us in the post! pic.twitter.com/2dPAbkrFCi

According to Bryson, some athletes who have refused to wear the LGBT rainbow in league and international games have been harassed and may be now facing career repercussions.

Standout player Jaelene Hinkle, a devout Christian, was prohibited by the U.S. Women's National Team from playing a match last year because of her refusal to wear a LGBT rainbow number on her jersey. She cited “personal reasons” for refusing to sport the rainbow colors.

In May 2018, Hinkle was booed by fans during a match in Oregon, some of whom waved placards citing “personal reasons.” Later that month, she told the 700 Club, “I just felt so convicted in my spirit that it wasn’t my job to wear this jersey.”

The United Soccer Coaches website does not mention that parents should be notified about Play With Pride week and rainbow laces for players’ cleats. LifeSiteNews contacted the American Youth Soccer Organization (AYSO), which governs kids’ soccer leagues across the United States, to ask whether it was participating in Play With Pride week and if it is notifying parents. AYSO did not respond before publication.

The LGBT agenda has incorporated K-8 schools. For example, Sheridan School in Washington, D.C. refused to play any sports against Immanuel Christian School because of its adherence to Christian teachings about sexuality. Karen Pence, wife of Vice President Mike Pence, is a teacher at the school.

Sheridan School principal Jessica Donovan wrote to parents to say the school decided not to play against Immanuel Christian. She did not respond before publication to an email from LifeSiteNews asking whether the school will participate in Play With Pride week.