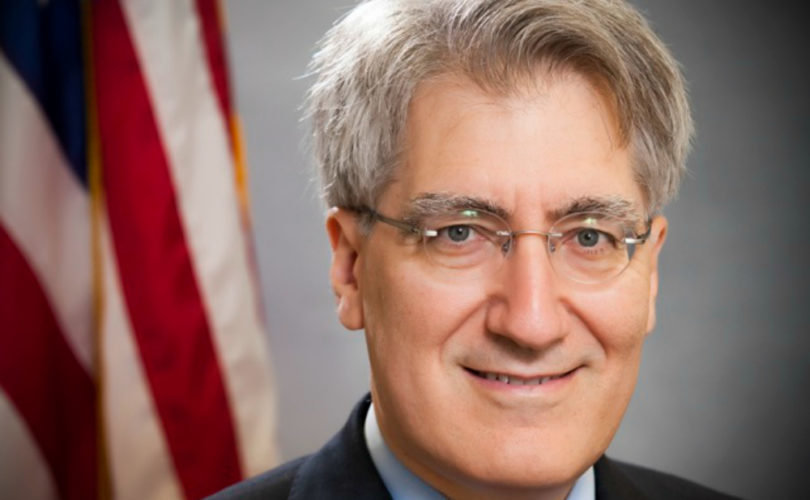 Update: See statement below from the Princeton's James Madison Program.

WASHINGTON, D.C., December 11, 2015 (LifeSiteNews) — Despite initial concerns, leading marriage intellectual and Princeton professor Robert George “is going to be okay,” according to a Facebook post from a protege and colleague.

The National Organization for Marriage co-founder was hospitalized with an aortic arterial dissection.  However, Sherif Girgis shared on Facebook this morning:

According to the Mayo Clinic, aortic arterial dissection is “a serious condition in which the inner layer of the aorta, the large blood vessel branching off the heart, tears….If the blood-filled channel ruptures through the outside aortic wall, aortic dissection is often fatal.”

No doubt some of you have heard this news, but I want to make sure that all of you are aware. On Sunday evening, Robby George was experiencing acute abdominal pain and checked into the ER at the University Medical Center of Princeton at Plainsboro. After a day of observation and testing, his doctors concluded that he was suffering from an aortic arterial dissection. This is a very rare and quite serious condition. He needs our prayers. Robby is currently in the Critical Care Unit recovering from aortic angiography that was performed last night, and which appears to have confirmed the diagnosis. While surgery for this condition is available, Robby’s doctors think it is too risky. For now, they are monitoring him to see if his body (with the help of his great soul) can heal itself.

Please keep him in your prayers.

George, a Professor of Jurisprudence at Princeton University and Chairman of the U.S. Commission on International Religious Freedom, founded the American Principles Project in addition to his work at the National Organization of Marriage.

Robert P. George, McCormick Professor of Jurisprudence and Director of the James Madison Program in American Ideals and Institutions at Princeton University, is being treated at Weill Cornell Medical Center for a rare condition known as mesenteric arterial dissection. Although the condition can be life-threatening, we are pleased to report that Professor George now appears to be out of danger, thanks to swift and astute diagnostic work done by the staff of University Medical Center of Princeton before his transfer to Weill Cornell. Although the Superior Mesenteric Artery is a branch of the aorta, the condition is not a form of heart disease. It threatens the digestive organs by impeding blood flow to them. We are grateful for the prayers and good wishes of Professor George's many friends and admirers here at Princeton and around the nation and world. We look forward to providing additional reports on Professor George's recovery.