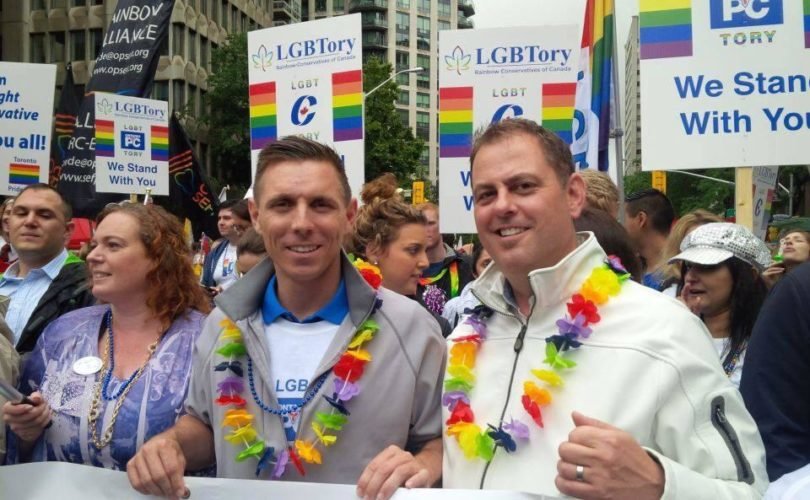 STITTSVILLE, Ontario, January 31, 2017 (LifeSiteNews) —  Angry social conservatives blasted Progressive Conservative leader Patrick Brown at an Ottawa-area event on Sunday. They denounced him for rejecting them and turning the party into what they said amounted to a Liberal clone.

“You do not accept social conservatives at all, you don’t…I’ve been shut down,” said Stephanie McEvoy of parents’ rights group My Child My Choice at the event, a group opposing the Liberal sex-ed curriculum.

McEvoy lambasted Brown for suggesting his party represents “diversity” while under his leadership it rejects the party’s conservative base.

About 15 people heckled Brown instead of listening to his litany against the Liberal energy policies at a Stittsville rally. They tore up their PC membership cards right in front of him during the event, reported the Ottawa Community News.

“This man’s dishonesty and treachery needs to be exposed, and my sincere hope is we can build enough momentum to force a leadership review to replace this progressive with a true conservative.”

McEvoy told Brown that her group represents “over 4,000 Ontario parents of a multitude of backgrounds” and that “no one has approached me, ever.”

“And you know I exist … and I am not going to promote you,” she said.

But Brown was unmoved.

“First of all, Stephanie, everyone’s welcome in the party, whether you’re a fiscal conservative or a social conservative,” he said.

Retorted McEvoy: “No, you have come out and said social conservatives are not welcome.”

Brown has established a track-record of excluding social conservatism from the PC party since taking the party reins in March 2015.

For example, after pro-life 19-year-old Sam Oosterhoff won the Niagara-West Glanbrook by-election, Brown stated in December that anyone coming to Queen’s Park “to push a divisive social issue…would be unwelcome.”

The Toronto Star’s Robert Benzie reported that same month that Brown had rejected “at least” five aspiring candidates in nomination contests in an attempt “to stop social conservatives from running for his party in the 2018 election.”

Most recently, Brown ordered pro-life MPP Rick Nicholls to apologize and withdraw his statement that the PC Party would move forward on social conservative issues once elected.

After using the pro-life-and-family voting block to secure victory as party leader, he not only reneged on promises he had made to them, but jettisoned them as a group.

Social conservatives will likely never forgive Brown for flip-flopping on his promise to oppose the Liberal sex-ed curriculum. They will also remember how he whipped the vote for Liberal Bill 28 that redefined the family — including substituting “mother” and “father” for gender neutral “parent” — to accommodate the homosexual lobby. Thanks to Brown, the bill was unanimously passed  by 79 MPPs from all parties.

Brown is now “coming out and going no, no, we’re all welcome, we need to beat Kathleen Wynne, so we need your votes,” he told LifeSiteNews. But Brown should know that “it’s not Kathleen Wynne we dislike, it’s the policies she has that hurt us as Canadians and Ontarians,” he added.

“Brown’s got exactly the exact same policy platform. So, what’s the difference? He can say what he wants, but his words have almost no value anymore. He’s lied so many times; he said he was against the carbon tax then he’s for it,” he said.

Tysick has a further grievance with the PC Party. Last October his bid for the PC nomination in Carleton was denied when party brass disqualified him without providing a reason. Tysick says he will likely run as an independent in the Carleton riding in 2018.

Jack Fonseca, senior political strategist for Campaign Life Coalition, lauded those who had attended the rally to protest Brown’s leadership of the party.

It was “beautiful to see” Tory leader Brown “chastised over betrayal of social conservatives,” Fonseca told LifeSiteNews in an email.

Fonseca hopes there will be more of the same.

“I would encourage social conservatives and those opposed to job-killing, family-budget-destroying carbon taxes to find out every event where Brown is scheduled to attend, and protest him,” Fonseca said.

“This man’s dishonesty and treachery needs to be exposed, and my sincere hope is we can build enough momentum to force a leadership review to replace this progressive with a true conservative,” he said.