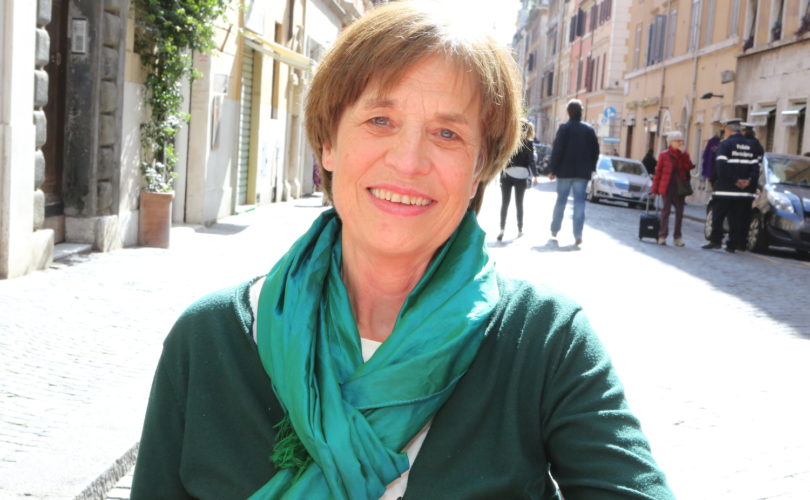 Kuby’s essay “Abuse,” with a foreword by Cardinal Gerhard Müller, comes one day prior to the beginning of the Vatican abuse summit where the presidents of bishops’ conferences from around the world will meet with Pope Francis in an attempt to deal with the abuse crisis that has engulfed the Church. LifeSiteNews is pleased to publish the entire essay below.

Kuby has for more than a decade resisted the social revolution that has gone very far in undermining the foundations of Western civilization. In her travels and public talks, her books and articles — which have been translated into several languages —, she has removed the mask from the beast that is devouring mankind. In her phenomenally well researched book, The Global Sexual Revolution: Destruction of Freedom in the Name of Freedom, she examined the sexual roots of the revolution, its facade of “tolerance” as it relentlessly imposed its totalitarian agenda on nation after nation.

Of her work, Pope Benedict XVI has said, “Mrs. Kuby is a brave warrior against ideologies that ultimately result in the destruction of man.”

In this newest essay, Kuby examines in detail how the “rampant sexual abuse inside and outside the Church is one of the results of the Sexual Revolution.”

With sober (and sobering) analysis, she reveals that the problem cannot be reduced to a case of “abuse of power” or “clericalism,” but is more profoundly one of homosexuality in the priesthood, which has spread clandestinely as the fruit of rebellion against Sacred Scripture, the laws of God, and Canon Law.

“Abuse takes place when the sex drive goes completely out of control and has gained so much power over the person that he is even prepared to become a criminal to satisfy his sexual desires,” she writes. Homosexuality in the priesthood is the “precondition” of abuse of boys by men, she writes.

“To see ‘clericalism’ – the improper exercise of ecclesiastical power – as the cause of sexual abuse by priests, means veiling its deep-seated roots,” she writes.

Through its networks and sometimes shadow governments, the homosexual subculture has consciously worked to undermine the very moral force of Christianity itself. The most visible scandal, the corruption of minors, is a sin of extreme gravity, which has become entrenched in many branches of the Catholic Church.

Beyond this is the seduction of older seminarians and priests by priests, bishops and cardinals. And beyond this is the more widespread problem of clerical homosexual promiscuity with consenting adults.

Kuby does not condemn. She does, however, apply a stringent analysis that is an urgent call to authentic reform.

Without this, Christians cannot be “light to the Gentiles” or “salt of the earth.” When salt loses its taste, Jesus states in the Gospel of Matthew (Matt 5:13), it is good for nothing but to be thrown out.

In his foreword to Kuby’s essay, Cardinal Gerhard Müller, former prefect for the Congregation of the Doctrine of the Faith, warns clergy who abuse those entrusted to them that they will “someday answer to Christ” for their actions on “Judgment Day.”

“The sins of priests weigh twice as heavily, because with the spiritual authority given to them for building — not tearing down — the Church they have been appointed to be ‘examples to the flock’ (1 Peter 5:3). They must someday answer to Christ, the ‘chief Shepherd’, and give account before Him for the believers entrusted to them,” he wrote.

Cardinal Müller lamented over “opinion leaders” in the Church who, instead of truly shepherding countless souls who are being corrupted in today’s “hypersexualized society that abuses male and female sexuality hedonistically,” they “seek their salvation in adapting to the totalitarian zeitgeist and follow the sheep into the abyss.”

“May those responsible for this tragedy be mindful of Judgment Day, and let us ask God for good and worthy servants in his kingdom,” he writes.