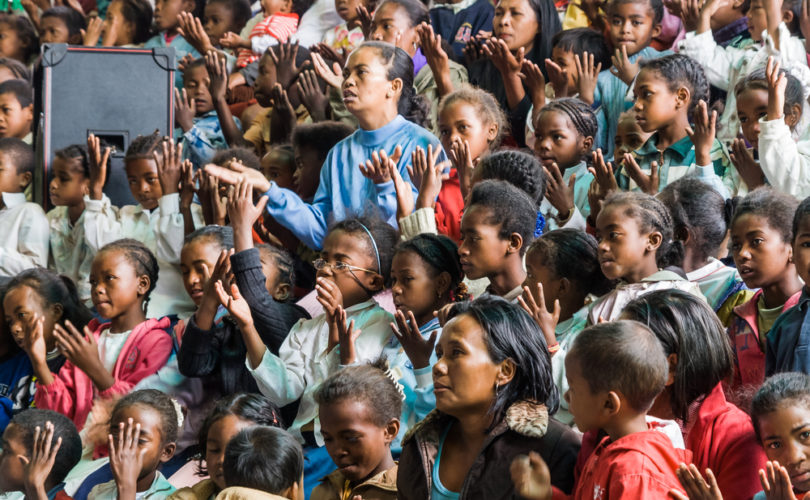 GERMANY, November 26, 2015 (LifeSiteNews) —  The only reason the Catholic Church is growing in Africa is because the people have a “rather low level” of education and accept “simple answers to difficult questions” involving marriage and sexuality, posited an article on the official website of the German Bishops' Conference posted yesterday. The article targeted particularly Cardinal Robert Sarah of Guinea, the Vatican's prefect of the Congregation for Divine Worship and ardent defender of Catholic tradition.

First Things blogger Leroy Huizenga, who translated a portion of the article, criticized the article's view as “soft racism.”

So also in Africa. Of course the Church is growing there. It grows because the people are socially dependent and often have nothing else but their faith. It grows because the educational situation there is on average at a rather low level and the people accept simple answers to difficult questions (of faith) [sic]. Answers like those that Cardinal Sarah of Guinea provides. And even the growing number of priests is a result not only of missionary power but also a result of the fact that the priesthood is one of the few possibilities for social security on the dark continent.

Huizenga said that such an article has no place on a bishops’ conference website.

“We all know that the German Bishops' Conference is one of the most progressive in the world. But it nevertheless beggars belief that such a statement would appear on the Conference's official website, with its lazy slander of African Christians and priests as poor and uneducated (Odendahl might as well have added ‘easy to command’) and its gratuitous swipe at Cardinal Sarah,” he wrote.

“Natürlich progressives could never be guilty of such a sin and crime, but these words sure do suggest soft racism, the racism of elite white Western paternalism,” he added.

African prelates have gained a solid reputation for being strong defenders of Catholic sexual morality because of their unwavering orthodox input into the recently concluded Synod on the Family in Rome.

At one point during the Synod, Cardinal Robert Sarah urged Catholic leaders to recognize as the greatest modern enemies of the family what he called the twin “demonic” “apocalyptic beasts” of “the idolatry of Western freedom” and “Islamic fundamentalism.”

“What Nazi-Fascism and Communism were in the 20th century, Western homosexual and abortion ideologies and Islamic fanaticism are today,” he said during his speech at the Synod last month.

But African prelates’ adherence to orthodoxy has earned them enemies, especially from the camp of Western prelates bent on forming the Catholic Church in their own image and likeness, not according to Scripture, tradition, and the teaching magisterium of the Church.

During last year’s Synod, German Cardinal Walter Kasper went as far as stating that the voice of African Catholics in the area of Church teaching on homosexuality should simply be dismissed.

African cardinals “should not tell us too much what we have to do,” he said in an October 2014 interview with ZENIT, adding that African countries are “very different, especially about gays.”

Earlier this month Belgian Cardinal Godfried Danneels, instead of praising Africa for its vibrant and flourishing Catholicism, said that African prelates will one day have to look to Europe to get what he called “useful tips” on how to deal with “secularization” and “individualism.”

The statement was criticized by one pro-family advocate as “patronizing of the worst kind” in light of the facts that numerous European churches are practically empty, vocations to the priesthood and religious life are stagnant, and the Catholic faith in Europe, especially in Belgium, is overall in decline.