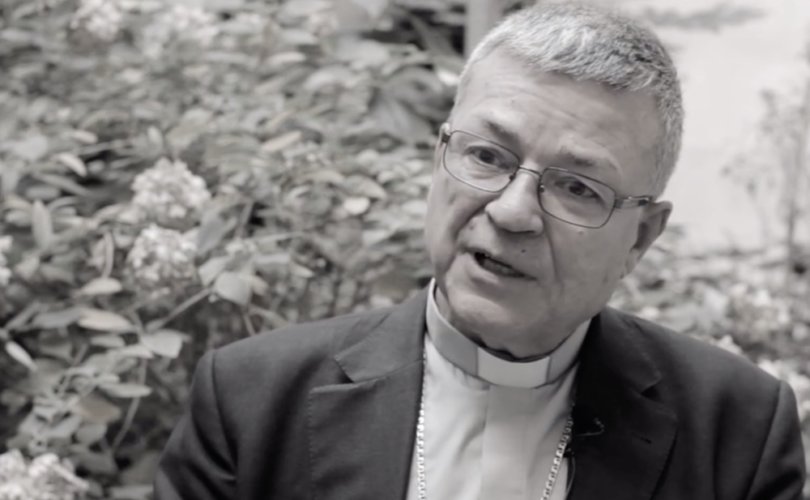 GALICIA, Spain, July 15, 2020 (LifeSiteNews) — A retired archbishop says he believes there are “abortions that have nothing immoral about them.”

Archbishop Santiago Agrelo Martínez of Tangiers, a Franciscan, made his startling comment to the Spanish paper El Confidencial when asked about coronavirus vaccine research that uses fetal cells harvested from an aborted baby.

“If they are experimenting on a vaccine with aborted fetal cells, what I won’t do is to say that it is immoral, since even an ignoramus like me knows that there are abortions that have nothing immoral about them,” said Agrelo, as translated by LifeSiteNews.

“Very few in the Church will state that not all abortions are immoral,” rejoined reporter Javier Caraballo.

“Yes, yes, but that is something that everyone in the Church knows, that there are abortions that in no way can be morally condemned,” Agrelo replied.

“Look, in the end we are not here, I am not authorized to think that any woman who aborted, did so under immoral conditions, without having a right to do so. I cannot think that, ever, because it would be to judge in a way that isn’t proper for me,” he added.

“Theoretically, I can condemn the woman, or her family, when they intentionally provoke an abortion. But that is the theory, the pages of a book, they are not the pages of life, and that is why I can not condemn her, never.”

The 78-year-old Franciscan stood by his comments when LifeSiteNews asked him via email to explain how he could reconcile his statements with the Church’s clear teaching that abortion is an “unspeakable crime.”

“My dear: I am not going to respond, and the reason is very simple,” wrote Agrelo in comments translated from Spanish.

“The answers are all in the interview that you referenced. Anyone who reads it without ideological prejudice will see nothing in it that offends the faith of a disciple of Jesus. I wish you everything good in the Lord.”

Agrelo, a native of Galicia, told Caraballo that his grandfather sent him to the Franciscan seminary at age 11, and that he “went in and never thought about anything else.”

Ordained a priest in 1966, Agrelo was appointed archbishop of Tangiers in 2007 by Pope Benedict XVI. He retired last May and was assigned to the Franciscan province of Santiago de Compostela.

Caraballo began this line of questioning after Agrelo repudiated as “nonsense” the idea that the coronavirus pandemic was a punishment from God, saying: “God does not intervene in the world in that way.”

The reporter noted that Cardinal Antonio Cañizares, archbishop of Valencia and former head of the Congregation for Divine Worship, said “the devil is in the pandemic” when he condemned vaccine research that uses cells from aborted human embryos.

“I have not heard Monsignor Cañizares’ words and I do not know the context. What I can guess is what would go through my head if I got the news that they are experimenting with a vaccine with cultures of cells from aborted fetuses and what I would not do is take a leap and pass the field of morality,” replied Agrelo.

“I mean that there will be those who think that, when it comes to abortions, it is something immoral, when even an ignorant person like me knows that there are abortions that have nothing immoral. Therefore, going from the investigation of these cells to the immoral, is a leap that is not legitimate,” he said.

“As representatives of the Church’s teaching profession, we should always be very careful when saying certain things … This applies to everyone, naturally starting with myself.”

Agrelo also stated he did not care “about what there is after death” when Caraballo seemed to suggest that pastors should not talk about hell.

“Allow me the simplicity: had not the Church already said that hell is not a place? Because again there are those who talk about hell,” the reporter said.

“It is this world that worries me and it makes me laugh to see that there are people who worry about hell and heaven. That, that they leave it to God our Lord … To worry about those things is to have no faith.”

​Caraballo observed that Agrelo goes “much farther” in the line Pope Francis established soon after he was elected “that the Church could not be all the time talking about abortions, gays and condoms.”

The retired archbishop agreed that “to be constantly hammering away with the issue of abortion” has “possibly caused an increase in supporters of abortion.”

“If instead, we had approached the woman who is in that situation, at the prospect of an abortion in her life, we would have already greatly reduced the number of abortions,” Agrelo said.

“Approaching the woman to understand her, to welcome her, to walk with her … Anyway, some people think that they have to be always hammering on that nail and the only thing they get is to do damage. We must always be found close to people and if it is sinners, much closer.”

The full interview is available in Spanish here, and in English here.