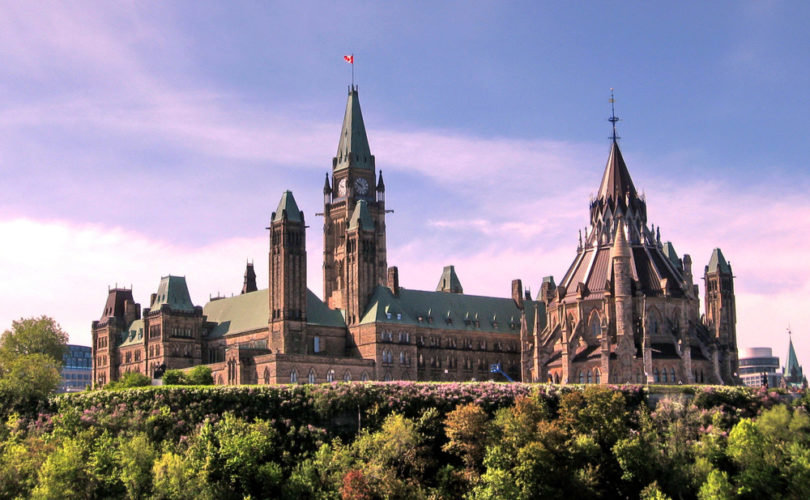 OTTAWA, Ontario (LifeSiteNews) — Some Conservative Party of Canada (CPC) MPs have started to push back against COVID shot mandates after remaining mostly silent for months.

“This is outrageous! Justin Trudeau’s government is entering into truly dangerous, authoritarian territory. State-imposed, involuntary medical interventions are un-Canadian and have no place in a free and democratic society,” tweeted Cooper.

Duclos said that conversations with provincial governments over making COVID jabs mandatory to combat COVID variants will be coming soon. He also claimed that jabs are the only way out of the crisis, but that mandatory vaccine policies would be up to each province.

Alberta CPC MP Garnett Genuis took issue with Duclos’ claim that a vaccine mandate would be needed to deal with high “cases.”

“No. Vax rates are very high in Canada,” tweeted Genuis this past Friday. “Provinces are backing off vax requirements for essential workers because they need the workers. Even if this were desirable in principle (it’s not), we have no capacity to enforce it. Time to start discussing system capacity.”

Data from both Alberta and Ontario indicated that most people in hospitals due to COVID are “fully vaccinated.”

In all provinces in Canada, the majority of new COVID “cases” are in those who are fully jabbed.

CPC leader and MP Erin O’Toole has been silent on COVID lockdowns, and himself has been a strong proponent of the COVID jabs, pushing the injections as a way out of the COVID crisis. He has also supported divisive vaccine passports.

However, shortly after Duclos’ statement, he came out with a weak tweet against lockdowns.

Two Canadian premiers, Alberta’s Jason Kenney and Scott Moe of Saskatchewan said their provinces would not be mandating any vaccines in response to Duclos’s mandatory jab comments.

Maxime Bernier, the leader of the People’s Party of Canada (PCC), said Duclos is a “fascist” for calling for mandatory COVID shots.

Lawyers with Canada’s Department of Health wrote in a 1996 Canadian National Report On Immunization that unlike some countries, “immunization is not mandatory in Canada.”

In December 2021, Canada’s Privacy Commissioner Daniel Therrien said that although it’s not clear whether the federal government has the legal ability to mandate a person to disclose his or her vaccination status to obtain a service, there is “no question” vaccine passports should only be temporary.

On May 19, 2021, Therrien wrote that as there is no federal law allowing governments to mandate COVID jabs, there must be a clear “legal authority for introducing use of vaccine passports for each intended purpose.”

He stated that such passports are an “encroachment on civil liberties.”

According to a growing body  of data, vaccine mandates and passports are a failed strategy for tackling COVID.

Many consider such mandates a gross assault on individual freedoms that’s unnecessary given COVID-19’s high survivability among most groups, its now-understood minimal risk of asymptomatic spread, and research indicating that post-infection natural immunity is far superior to vaccine-induced immunity which dramatically decreases starting around four months post-vaccination and soon completely disappears.