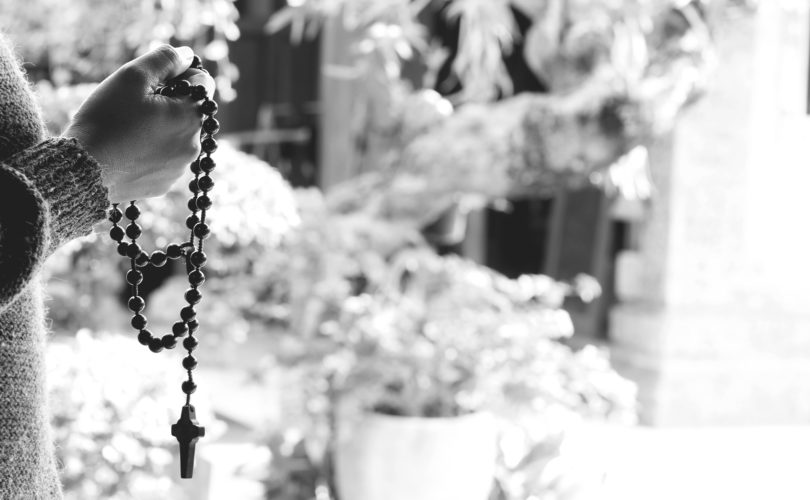 March 31, 2021 (LifeSiteNews) – In what seems to be a deliberate move, Sony Pictures is releasing a new film on Good Friday that severely blasphemes Mary, the Mother of God, by portraying her as akin to a devil.

Based on James Herbert’s horror novel “Shrine,” the movie “The Unholy” depicts a young girl who “after a supposed visitation from the Virgin Mary is inexplicably able to hear, speak and heal the sick.”

However, the trailer depicts what is purported to be Mary as a demonic figure with blood, black tears, and empty eyes in her statues.
The girl who supposedly sees Mary is also depicted with black eyes, another characteristic of demonic portrayal.

Attendees at her supposed visions are shown praying in a manner mocking the traditional Catholic devotions to Mary, and crucifixes and rosaries are filmed burning.

“The Unholy” has been delayed in its release due to COVID-19 related restrictions, and Sony Pictures has now decided to release the film on April 2, Good Friday, one of the most solemn days in the Christian liturgical year.

Sony itself noted the date of release, commenting that “On the holiest weekend of the year comes The Unholy.”

It would appear that the release date is designed to be as offensive as possible, for on the day that Christians commemorate Christ’s passion and death and His mother’s cooperation in that suffering, Sony is releasing a film that blasphemes both Christ and His mother.

Sony has teamed up with producer Sam Raimi, who is known for his horror works, having created the Evil Dead horror series, and is also a prominent figure in the film world, having directed the Spiderman trilogy from the early 2000s.

In reparation for this blasphemous film, made even worse by the deliberately offensive timing, LifeSiteNews has launched a petition urging people to offer prayers and make reparation.

As we approach the Sacred Triduum and the Holy Day of Easter, therefore, we ask you to pledge to pray in reparation for the insults and blasphemies “The Unholy” makes toward the Lord Jesus, the Blessed Virgin Mary in particular, and also religious sentiment in general.

The great Marian saint and doctor of the Church, St. Alphonsus de Ligouri, proposes this prayer to Mary on the occasion of her sorrow at the death and burial of Jesus:

My afflicted Mother, I will not leave thee alone to weep; no, I will accompany thee with my tears. This grace I now ask of thee: obtain that I may always bear in mind and always have a tender devotion towards the Passion of Jesus and thy sorrows, that the remainder of my days may thus be spent in weeping over thus sufferings, my own sweet Mother, and those of my Redeemer.

These sorrows, I trust, will give me the confidence and strength which I shall require at the hour of death, that I may not despair at the sight of the many sins by which I have offended my Lord.

They must obtain me pardon, perseverance, and heaven, where I hope to rejoice with thee, and to sing the infinite mercies of my God for all eternity.

Thus do I hope; thus may it be, Amen.

One suggested prayer against the Devil is the much loved prayer to St. Michael: