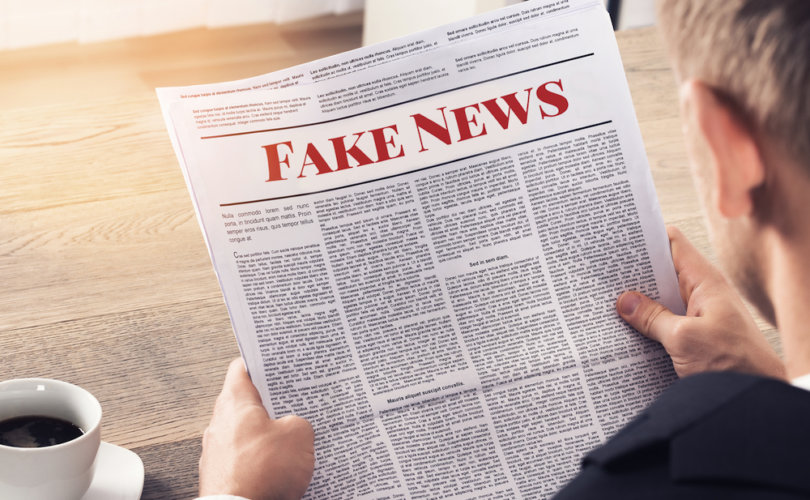 May 3, 2019 (LifeSiteNews) – A journalism nonprofit that recently named LifeSiteNews and numerous other mainstream, right-of-center websites as “unreliable” has apologized after days of public backlash, pledging to scrap their old criteria for more rigorous methodology.

Conservative sites made the list for various offenses. Some were labeled as “unreliable” for allegedly posting “deceptive content” and “fake news.” Some were labeled for “actively promot[ing] racism, misogyny, homophobia, and other forms of discrimination.” Others were criticized for being “clickbait” sites that “provide generally credible content, but use exaggerated, misleading, or questionable headlines, social media descriptions, and/or images.” A number of left-wing sites such as Alternet, ThinkProgress, and Splinter were initially on the list but removed.

Poynter Institute was criticized on social media for becoming a “far-left censor.”

“Poynter has fallen from its role as 'the world’s most influential school for journalists' to a far-left censor of conservatives online,” writes @descarteslover in @newsbusters. #FactCheckTRUE https://t.co/BMz9cX7yLU https://t.co/DSRix62nP5

Poynter's list of unreliable sites is completely unreliable. They included several respectable sites on the right while omitting some of the most unreliable political sites on the left (ex: ThinkProgress). They should put themselves at the top of the list. https://t.co/Y6CokTfTtf

This is a real shame.

Fox News reports that over the past week, Poynter responded to condemnation of the list first by removing websites like the Washington Examiner and FirstPost, then on Thursday pulling the list entirely.

“We began an audit to test the accuracy and veracity of the list, and while we feel that many of the sites did have a track record of publishing unreliable information, our review found weaknesses in the methodology,” Poynter managing editor Barbara Allen said. “We detected inconsistencies between the findings of the original databases that were the sources for the list and our own rendering of the final report.

“Therefore, we are removing this unreliable sites list until we are able to provide our audience a more consistent and rigorous set of criteria,” she wrote. “The list was intended to be a starting place for readers and journalists to learn more about the veracity of websites that purported to offer news; it was not intended to be definitive or all encompassing.”

“We regret that we failed to ensure that the data was rigorous before publication, and apologize for the confusion and agitation caused by its publication,” Allen said. “We pledge to continue to hold ourselves to the highest standards.”

Yet concerns will likely remain over whatever revised list Poynter eventually releases, given that the fact-checking project was financed by the Open Society Foundations and Omidyar Network, which are owned by far-left activist billionaires George Soros and Pierre Omidyar, respectively.